The Tao Of Risking It All 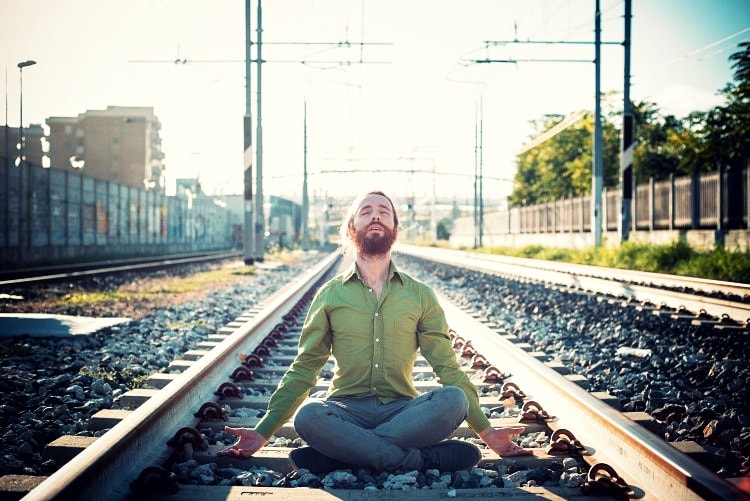 I don't know about you, but I was absolutely glued to the television during the Winter Olympics last month. And watching it, left me with two distinct feelings: Awe and fear.

Some of that is because at some point during the two-week run I noticed something…nearly all of the events, skiing, snowboarding, aerial jumping, luge and yes, even ice dancing, involve the athletes taking some pretty crazy risks.

I can't tell you how many times I found myself planted in front of the television, unable to look away, both elated and perplexed. Were all of these people adrenaline junkies? Why would they risk everything for a few minutes of glory?

But it's also scary. We love people who put it all on the line. We're drawn to the bravery, courage and all out craziness that it takes to throw ourselves – mind, body and soul – into the abyss with nothing but belief to pull us through to the other side.

We cheer and scream and root for these athletes because some small (or big) part of us recognizes the courage it takes to overcome that voice in our heads that tell us it's just not possible.

And then it started snowing. And what was crazy got crazier…but it didn't stop them.

At some point during the week, nerves a little frazzled, mind still spinning, it dawned on me that what these athletes conquer over and over again is much bigger than any hill, half-pipe, or long-form routine.

Their challenge, just like ours, is the daily fight with vulnerability. And as I sit at my desk unable to pick up the phone to make that difficult call, or watch as nearly everyone I know struggles with their inner critic, I realize that these bold men and women are SO much more than symbols of the best the sporting world has to offer.

Their prize is much bigger than any medal. It's knowing that they said yes to being vulnerable. They pushed past their fears of failure, falling, looking bad and coming last (on the world stage no less). They opened up, showed themselves and gave us all they had. They took the risk to be real, and no matter the outcome; bronze, silver, gold or tears, they showed us all what's possible when you take the chance to shine.

The Olympian In All Of Us

And so yeah, like lots of others, I got a little sad during the closing ceremonies. I mourned the end of the Olympics in part because I'm an inspiration junkie and in part because I'll miss the daily reminder that our only task in life is to shine. In every way that we can, we're here to share who we are with the world, to embrace our vulnerability, strength, focus and peace not only to remind ourselves and others that it exists, but to inspire each other to be the best we can possibly be.

So…what are YOU dealing with today? How willing are you to step out from under that voice in your head that tells you it's impossible? What does the half-pipe, grand slalom or luge track in your head look like? What would be possible if you were to risk facing the vulnerability, fear, and all out bravery that it takes just to be authentically you?

And so today (and every day), when that moment arrives, the one that will make the difference (because they all do), the one where you choose who you're going to be, remember that living authentically is in itself an olympic feat, and know that you're worth the risk.