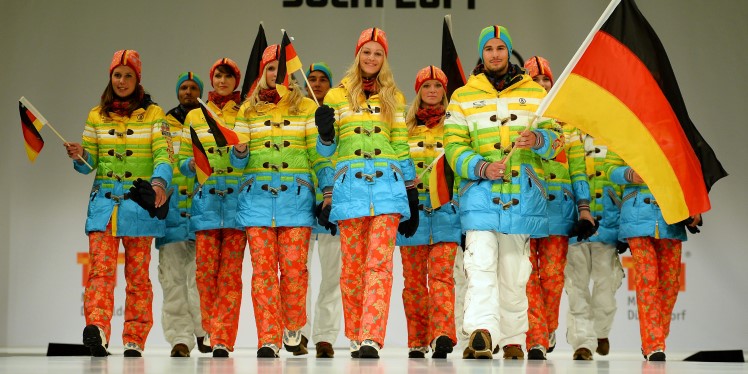 In your face, anti-gay legislators! Germany's Olympic team decided to make a powerful statement against the strong anti-gay legislations in Sochi, Russia as they presented their brand new uniforms for the upcoming 2014 Winter Olymics. How? Well, their outfits are rainbow colored, resembling the colors of the rainbow flag, which is widely know to stand for diversity, inclusiveness and gay pride.

German designer Willy Bogner, who created the uniforms, claims that the inspiration for the look was not political. However, that's now how the design has been interpreted publicly since it's unveiling.

The uniforms, which German Olympic skier Daniel Bohnacker described as “trendy,” consist of a blue, white, yellow and green jacket — paired with white pants for male athletes, and bright red and orange pants for female athletes. The teams’ hats have a stripe reminiscent of the German flag set in bright blue and red color schemes.