How To Learn The Art Of Doing Nothing 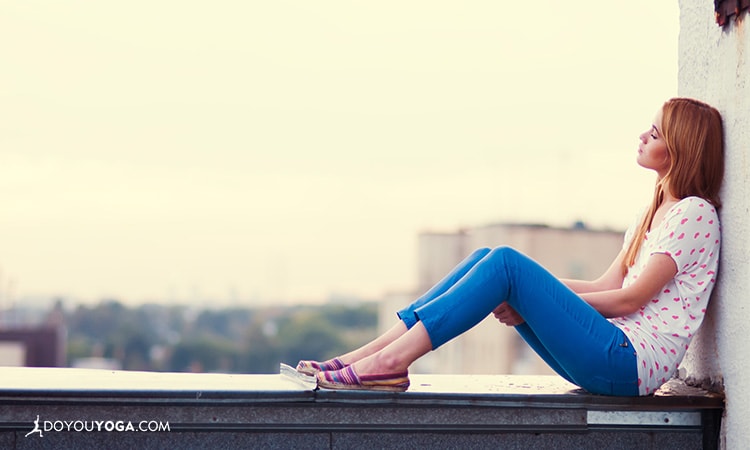 We’ve all had moments when best laid plans have gone to pot. Want to know why? That’s because life just isn’t supposed to turn out how we planned. The truth is, expectations blind and bind us.

Life is a marvel seductress. There is so much to turn us on, yet we spend a lot of time trying to tune all of that out in preference of pre-occupying ourselves with the proper way of doing things, how to get things right, looking for answers outside ourselves and misdirecting our attention toward goals and desires — often dictated by cultural conditioning, in an effort to feel as though we’re in control. News flash: We’re not.

The Trouble With Plans and Goals

Plans and goals can, in certain cases, be limiting and they cut our genuine desires, our passions, and the things that really fill our dreams, off at the pass before they even have time to blossom let alone flourish. But is it enough to simply survive? Don’t you want to thrive?

As youngsters we’re taught to think we should always be ‘doing’ and striving for those things that are supposed to make us happy. But, what if we don’t know what that is? What if we’re so busy making noise over something else, that we drown out the quiet whisperings of our passions and the destiny that is trying to draw our attention? Sometimes it’s ok to sit back and admit we don’t know.

Sometimes It’s Ok To Do Nothing!

In fact I would suggest that you get really good at doing nothing – make life your canvas and nothing your art. Why?

Because to really learn how to live, we have to let go. We need to stop thinking about how things should be or how they could be, and embrace the experiences and opportunities right in front of our face. When we do nothing, we are surrendered to the moment, we are tied and tangled to divinity's grander plan – it’s less cognitive and all heart.

That’s means ditching the expectation and adopting an attitude of non-judgement. There is a Taoist story of an old farmer, who worked his crops for many years. One day his horse ran away and upon hearing the news his neighours said ‘such bad luck!’ "Maybe," the farmer replied.

Not long after, military officials came to the village to recruit young men to the army. On seeing the son's leg, they passed him by. "How lucky," the neighbours said. "Maybe," the farmer replied.

'Nothing' Is The Source of Everything

You see, we cannot always anticipate or predict events, their consequences and the chain of occurrences that could follow. What would happen if we simply allowed life to unfold before us? Allowed ourselves to unravel enough to become utterly love struck and punch drunk in the present moment? Gave ourselves the permission to just stop trying and instead settle into the soothing swaddle of surrender, just by doing nothing?

After all, what is more pregnant with exquisite and ravishing possibility than nothing? It’s the source from which everything, including your hopes and dreams, spring eternal.

The trouble is, doing nothing makes things uncertain. It demands a level of openness that plans don’t. It calls us to be vulnerable in a way that structure doesn’t. It means that we have to be courageous enough to meet the present moment in all of its raw and naked beauty, raw and naked ourselves so that we’re able to take notice of what each moment has to share and show us, that will shape us and our future.

Learning The Art of Doing Nothing

Alan Watts says that in giving away control, you’ve got it. And Ram Das is famous for saying, "When you do nothing. Are nothing. Have nothing. Expect nothing. Are nowhere. That is when the real transformation begins."

Here’s how you can cultivate the art of doing nothing:

In Italy, there is a saying we’re all familiar with: "La Dolce Vita," meaning the sweet life. In Central America, they greet each other with "Pura Vida," meaning the pure life. Both acknowledge the sweetness and purity of living in the present moment, through the appreciation of the small and simple pleasures that surround us always. It’s a path towards living a life with passion, because through passion comes purpose.

I’m not suggesting we simply sit around waiting for life to come knocking. But opting out is different from opening up. If we push and push to try and get to where we think we’re meant to be going and it’s hard, perhaps it’s time to re-evaluate and look for the path of least resistance, the path of effortless effort.

Perhaps this is the path where we have to trust that things will just fall into place — almost as if they’re meant to. Let go and open up, and give life a chance to surprise you.