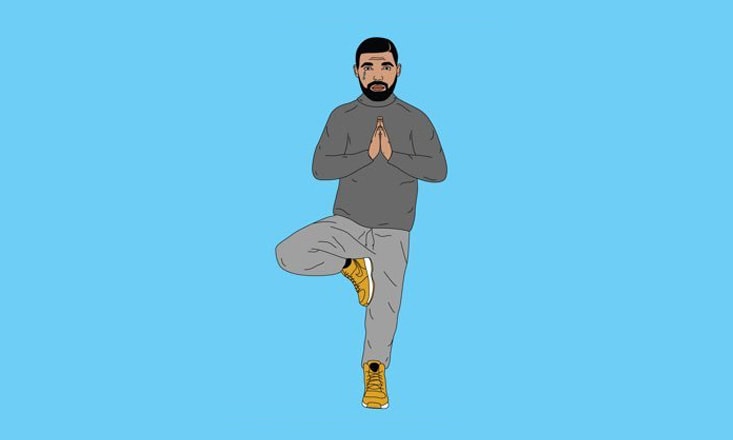 Love yoga AND hiphop? Now you can enjoy both with Namasdrake, the hiphop-themed yoga class that lets you move your ass-ana to the sounds of Drake.

Namasdrake is the brainchild of yoga instructor Paul Schneider and DJ/event promoter T.J. Petracca, and the hour-long Vinyasa Flow class is held at the Resident nightclub in Los Angeles.

Out of all the hiphop artists, why Drake?

Schneider told the LA Times that while Drake is known to be sensitive and emotional, he's also able to come up with "really hard hiphop songs" — something that echoes the yin and yang of yoga. 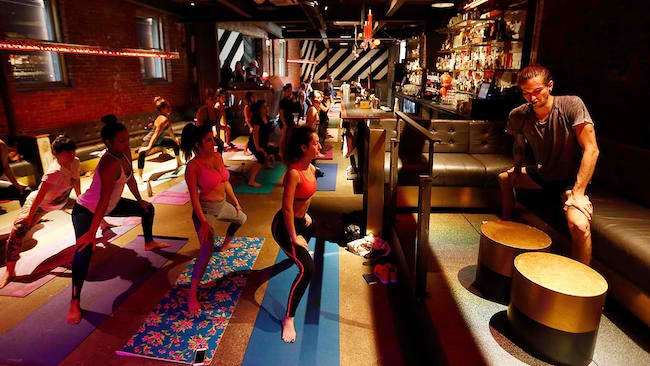 Agatha French of the LA Times tried it out and shares some details about the class:

Combining music and yoga is not a particularly new 'trend'; there are Reggae Yoga classes in Vancouver, Madonna and 80s music-themed Voga or Vogue yoga classes in UK and NYC, and there's also Black Yoga for doom metal lovers.

And hey, if you love yoga as much as Kanye loves himself, the duo behind Namasdrake are now also offering Namasye classes themed after — you guessed it — the music of Kanye West.

Whether you love practicing yoga in silence or with music, we can all agree that making yoga more accessible to people from different backgrounds with various preferences means we're also spreading the yoga love…right? 🙂 Would you try a Namasdrake class? Sound off in the comments below!