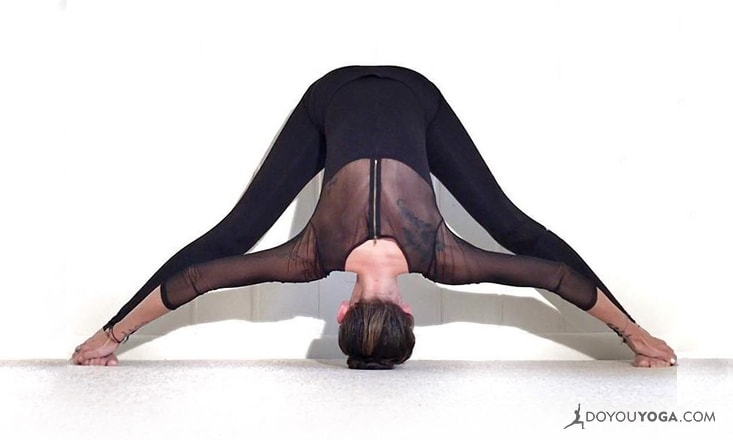 Beyond all the scandals of Bikram Choudhury himself (which are horrible enough in their own right), I highly recommend that my yoga students do not practice the classic Bikram Yoga or Hot 26 series.

There are a number of reasons for my advice, but the most critical is basic human anatomy. The Bikram sequence definitely does not err on the side of caution when dealing with the human body, and the sequence itself needs to seriously be rethought to encourage health and stability in the bodies of its practitioners.

I try not to be dogmatic in my teachings (I have studied a wide range of many different schools and styles of yoga, including Hot Yoga), but this is something that I feel very strongly about.

In my humble opinion, there are many anatomically unsound elements of the classic Bikram Yoga sequence, but I think the following four are the most crucial to consider:

1. The Script Does Not Apply To Every Student

In order to teach Bikram Yoga, the instructor must memorize a script and never deviate from its words while teaching. This can have detrimental effects on students.

The ‘dialogue,’ as it is called, is written to walk a very capable, strong, flexible and non-beginner student through the series. However, not every student that walks into a yoga class fits this bill. More often than not, absolute beginners can stroll into a Bikram class and push themselves far beyond their own limits because the script teaches you that your forehead should be touching your knee in a seated forward bend, for example.

Furthermore, even if a student has a preexisting injury or condition, they are not encouraged to modify their practice. They are taught to stick to the script.

Remaining so strict with following the dialogue does not allow for teaching a range of students at different levels of fitness and ability. Not allowing for customization of a class according to the students that are actually in it can lead to injury and, in my opinion, is just downright irresponsible.

This is one of the opening lines of the entire series. It is used to describe Standing Deep Breathing, which comes at the beginning of the practice. First and foremost, I dislike the use of words such as ‘push,’ ‘pull,’ ‘drop,’ etc. when referring to the human body. These words are aggressive and imply aggressive movements, which I never, ever recommend.

But even beyond that, the language is very poorly chosen. Pushing the head “way, way, way back” as it is literally stated in the dialogue very highly suggests and encourages an overextension of the neck (the very, very vulnerable cervical spine) and most students (and even teachers) practice it in this way.

Even if there are no immediate ill effects, over time, this can lead to a plethora of issues within the neck and all of the surrounding muscles.

The Bikram script also teaches “locking out” the knees and elbows. At this point, it is pretty much universally accepted across movement modalities that locking joints is detrimental to their health.

So, you are causing harm and receiving no benefit. This is certainly not something that we want to be teaching in a yoga class.

4. Immediate Transitions Between Deep Flexion & Extension of the Spine

Now, obviously, our spines are quite different from paper, but the concept remains the same. When you move the spine to deep extension in one direction (backbending), and then deep flexion in the opposite direction (forward folding), it creates incredible tension in the joints of the spine. It can also be very stressful to the muscles surrounding your spine to move back and forth between the two extremes.

Thus, it is highly recommended to group all backbends together (and build up to the more challenging ones) and group all forward folds together during a yoga practice with neutralizing poses placed in between the groups to help ‘reset’ the spine.

However, the Bikram sequence does the exact opposite: offering pose and then counterpose, pose and then counterpose between backbends and forward folds which is not ideal for the health of the spinal column. For example: moving from Camel pose (a deep backbend) directly into Rabbit pose (a deep forward fold), is dangerous sequencing for the spine and should ideally not be practiced without a neutralizing pose in between.

Whether you like the person or not, whether you like the heat or not, or whether you’re indifferent, I strongly recommend against practicing the classic Bikram Yoga sequence. I have no major qualms with practicing yoga in a heated room (as long as you listen carefully to your own body and stay within your own parameters and limitations), but I do have major issues with the set Bikram Yoga/Hot 26 sequence.

I urge you to consider the anatomy of your own body before practicing. I think that you will be grateful for that in the long run.