Which Yoga is Hatha Yoga? 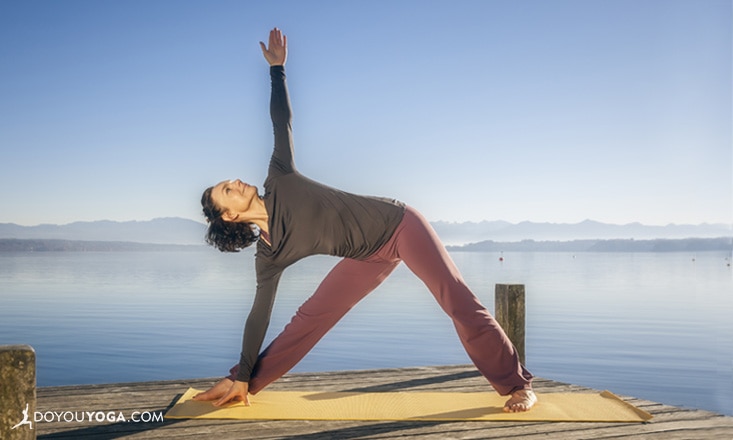 Whenever I’m asked what kind of yoga I teach, I always struggle to find the right term and end up saying, “Well, classic Hatha Yoga.” But what does that even mean? What is Hatha and how is it different?

By its very definition, Hatha Yoga is not a style of yoga. Hatha yoga is actually any kind of yoga that requires you to practice asana and breathing in tandem with each other.

Yup, that’s right. It runs the gamut from Anusara, Ashtanga, Yin, and even Bikram Yoga. All of these fall under the umbrella term of Hatha Yoga!

What Does “Hatha” Even Mean?

Ironically, the original meaning of the word Hatha means “force” or “effort.” Some even translate it as “violence” — all of which are quite different from the words normally associated with yoga, such as peace, yielding, or freedom!

The most common translation in the West has become “Ha” for sun and “Tha” for moon, thereby suggesting the goal of Hatha yoga to be one of balancing our solar and lunar sides, or masculine and feminine, yin and yang…you get the idea. Well, I’m here to tell you, that’s not it.

Michael Lloyd-Billington on his “Living Yoga” Blog rightfully points out that actually, the words Ha and Tha have nothing to do with the sun (Surya) and moon (Chandra) at all. Complete and utterly wrong translation! Though there is a lot of focus on these aspects, again, it’s not technically the meaning of Hatha Yoga.

Hatha Yoga in the ‘Modern’ Sense

Etymology and didactics aside, though, let’s face it: in the West, we have modified lots of the original yoga philosophy and practice, and that’s not necessarily all bad.

Outside the motherland of yoga, therefore, Hatha Yoga has become a synonym for “slower” or more “breathy” yoga — the opposite of Power Yoga, if you will. Poses are held for a prolonged period of time, as opposed to, let’s say, Ashtanga, where five breaths may be the maximum length any pose is held.

If you’re looking for a class that doesn’t make you “jump right in”, a class designated as “Hatha Yoga class” is a great way to go. Oftentimes, these classes are an opportunity for beginners to approach the practice on a basic level with the most common Asanas such as Warrior variations, Sun Salutations and some Pranayama.

However, that doesn’t make them boring or less challenging, so prepare to breathe and sweat all the same!

So does it ultimately matter for your yoga experience what the right translation or meaning of Hatha is? Probably not, but in a profession where the learning never stops, it certainly doesn’t hurt to know our stuff, right?

What are your experiences with Hatha Yoga? Lemme know in the comments below!