To Ashtanga Yoga or Not? Here’s What You Should Consider 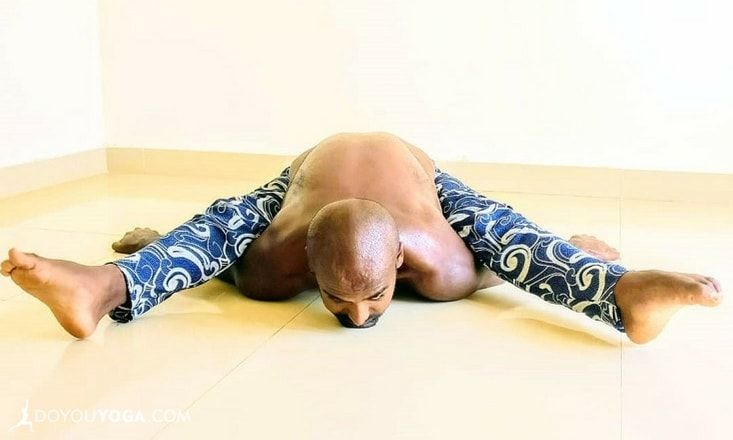 Ashtanga means ‘eight-limbed’ in Sanskrit and is a physically rigorous and intensive form of yoga that encompasses eight branches of physical and spiritual health – including the postures and the breath included in most yoga practices. It’s a form of yoga that follows a repetitive series of postures in a particular sequence, getting more advanced as the sequence progresses, and tends to be quite physically challenging to your core and overall strength.

Power yoga and Ashtanga yoga are sometimes confused, but power yoga is simply any form of physically demanding yoga, and is derived from the stricter, more meticulously ordered Ashtanga yoga method.

Some yogis are hesitant to try Ashtanga yoga due to its rigorous nature, but Ashtanga yoga may be perfect for some yogis. Here’s what you should know before making the decision to attend an Ashtanga class.

A regular Ashtanga yoga practice may increase body awareness. This is a sensory trait that improves your judgment of your environment, and therefore decreases your injury potential.

In a 2014 study published in Frontiers in Human Neuroscience, researchers subjected long-time Ashtanga yoga practitioners to a series of activities that tested spatial awareness and the ability to judge the world outside one’s body. They found that the yogis, all of whom were Ashtanga yoga practitioners, scored significantly higher than non-yogis and yoga novices on these tests, displaying a higher level of “self-transcendence”: a personality trait that allows “deeper levels of body awareness mediated by internal signals.”

The researchers hypothesized that this improvement was likely due to the participants’ highly disciplined practice of yoga. Although this study only considered Ashtanga-practicing yogis, it could be argued that this may be true of any yoga practitioners. However, perhaps the more stringent requirements of Ashtanga yoga further enhance these “ improvements in sensory evaluation” – there’s just no scientific evidence for one form of yoga providing a greater mental benefit than other forms.

Ashtanga, because of its more dynamic and rigorous nature than some other forms of yoga, may also be one of the best formally designated forms of yoga for improving cardiovascular fitness and providing weight loss benefits, so this may appeal to some practitioners.

And finally, an Ashtanga yoga class is the same sequence every time. It never varies, and so provides an opportunity to finitely measure one’s progress in areas of flexibility or strength from class to class. In the same vein, a repetitive yoga flow may be beneficial mentally and psychologically, as research suggests that repetitive exercise can have a meditative effect on your brain.

The Not So Good

Ashtanga yoga was developed by a man who was extremely exacting in his demands on his teachers and his students – technically, a true Ashtanga teacher must teach in exactly the founder’s methods, with no variations or modifications of any kind. This can make Ashtanga a less desirable fit for anyone who may require modification for injuries, or anyone who simply likes to go their own speed and do what feels best for their body.

Ashtanga is known to be one of the more ‘competitive’ forms of yoga practice, along with Bikram. It can be so demanding of its students to meet the exact form and pose requirements of the sequence that it provokes a high percentage of injury in those who practice it – however, the study cited here did not compare the rate of  injury between Ashtanga and other kinds of yoga, so we can’t know for sure whether Ashtanga truly induces a higher rate of injury than any other kind of yoga practice.

All in all, whether you should pursue an Ashtanga yoga practice depends on your physical needs and capabilities, as well as your personality type – do you like repetition in your yoga practice, or do you like to mix it up? Does the idea of an intensive practice excite you or intimidate you? There’s only one way to know for sure!