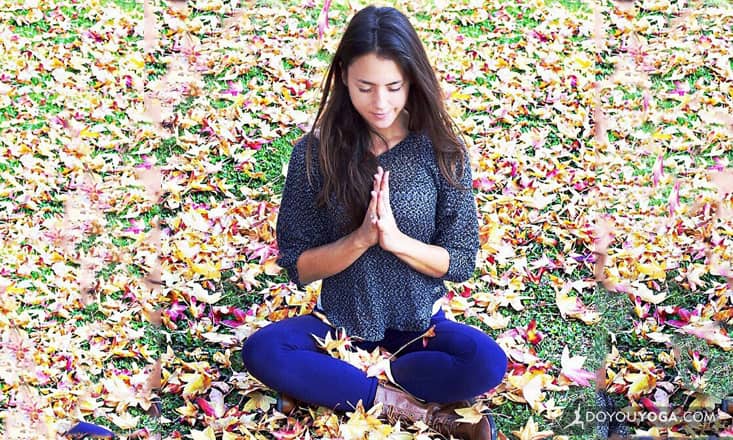 There are several prevailing attitudes about meditation. You have the camp of people who swear by it and say that it changed their life, and then there’s the camp that feels like meditation and its benefits are overblown and that sitting still and quietly for long periods of time is silly and irritating.

Both of these opinions are very popular and trendy—you either get the celebrities preaching in the magazines about how their mental health was transformed by their meditation, or the humorous comedy sketches about all the ways one’s mind can wander while trying to meditate. But what does the scientific literature have to say about meditation?

There’s a wealth of scientific research out there about what mindfulness and meditation can do in your body, and there are some pretty fascinating results to mull over. So how does meditation, or any kind of mindfulness practice, actually physically work in your body?

Several studies have shown that meditation and mindfulness practices, known officially in scientific circles as mindfulness-based stress reduction (MBSR), can significantly lower the levels of stress hormones and inflammatory proteins in your body.

This study is a meta-analysis of 64 different studies that explore the various positive effects of MBSR in the body—tangible differences noted by scientists before and after practicing MBSR. A small sampling of these improvements include: lower resting heart rate, increased immune strength, improved digestion, improved sleep, reduced allergic reaction severity, improved anxiety and depression, improved PTSD symptoms, and more.

MBSR is often combined with other treatment, such as cognitive-behavior therapy (CBT) or a disease-specific medication. The addition of MBSR in these situations will amplify the improvement of the treatment—for example, patients undergoing MBSR as well as therapy will often have better results than those undergoing just therapy on its own.

This study found that patients with moderate to severe psoriasis had significantly better results if their light treatments were accompanied by meditation exercises. The research group hypothesized that this is because of the effects discussed above in number 1: MBSR measurably reduces the levels of inflammatory proteins in the body, so patients were able to help their body heal by calming their mind.

This is one of many studies that suggest a very strong connection between mental health and bodily health, which is interesting to consider when thinking about the effectiveness of meditation.

One of the less directly physical results of a mindfulness practice is that it can lead you to some intense, beneficial self-reflection. This kind of internally-focused positive energy can lead you to a number of more positive behaviors, one of which is an increased capacity for forgiveness.

One study in particular indicated a connective link between mindfulness practice and enhanced forgiveness, calling to mind the ubiquitous quote “Holding on to resentment is like drinking poison and expecting the other person to die.” Participants in this study may have come to this realization as part of the exercise, resulting in a positive behavior change.

It’s important to remember that meditation does not look the same for everyone. What works for one person may not work for someone else, and you need to find the mindfulness practice that works best for you.

It may be that for you, meditation is walking through the woods, and for someone else, it’s a candlelit bath. Maybe for one person it’s sitting cross-legged on the floor listening to an endless ‘Om’ soundtrack, and for someone else it’s petting an animal or going for a run.

Meditation can be a powerful tool that could contribute greatly to both your mental and physical health and well-being, so don’t give up if you haven’t found the thing that’s right for you yet. Keep seeking out mindfulness options, and go into it with an open mind—you know yourself best, so listen to what your body and your mind are telling you that you need.