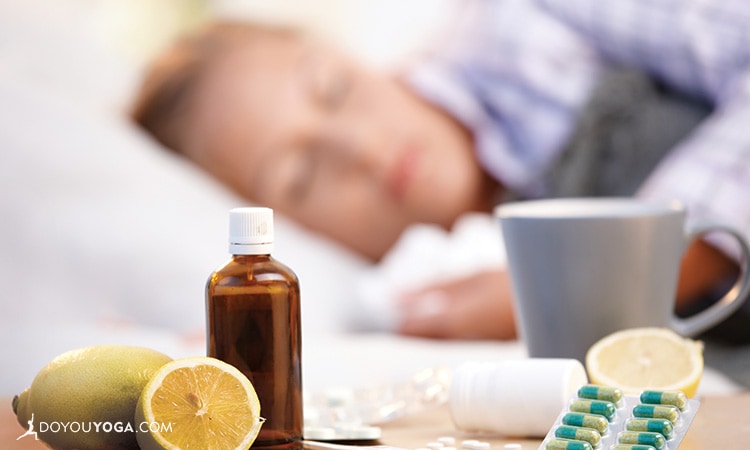 It has been known for many years that the practice of yoga plays a vital role in helping us get a better night’s sleep. However, recent research has been conducted stating that this is particularly true in the case of those in remission from cancer. Yoga has been show to drastically reduce their need to for sleep aids.

Studies conducted for the James P. Wilmot Cancer Center at the University of Rochester Medical Center in New York found that cancer survivors (namely volunteer women recovering from breast cancer), had shown vast improvements in sleep habits providing they attended an instructor-led yoga class of either Hatha or Restorative Yoga, twice a week.

How It Was Conducted

Of the 410 participants that were selected from 12 different cities in the United States, half were randomly chosen to participate in the 75-minute yoga courses twice a week, along with receiving additional standard care. The other half received only standard care.

Whether the cancer survivors had been either uncomfortable, and just could not get or stay asleep, or they had been diagnosed with clinical insomnia, the results were the same: yoga helped those who took up the practice.

It is estimated that more than 30% and as many as 90% of cancer survivors have spoken with their oncologist regarding a difficulty or inability to sleep. The reasons vary from anxiety about their diagnosis, related health issues, or the side effects of treatment such as radiation, chemotherapy, surgery, and hormone therapy.

In the yoga study, the participants’ results were monitored via actigraphy (a wrist-watch like sensor that is worn at night to detect sleep habits) and an additional questionnaire that was taken before and after the four-week duration of the study.

Participants were rated on a scale measuring between 0-21 (lower ratings indicating fewer problems), those who participated in yoga saw their ratings drop from 9.2 to 7.2, and reduced their needs for a sleep aid by 21%. Those in the control group, who received no yoga sessions, saw a smaller improvement from 9.0 to 7.9, and a reduced need for a sleep aid of only 5%.

Researchers are extremely excited and hopeful about the apparent benefits of yoga practice to people suffering from all types of ailments. It seems that for the recognition of healing through yoga practice, the doors are wide open and the possibilities are limitless.

Types of Yoga Used In The Study

The participants followed two types of yoga practice: gentle Hatha yoga and Restorative yoga. All the different types of yoga highlight and inspire different effects and benefits from the specific practitioner. This means that not all yoga practice may be ideal for those in remission from cancer.

For some people, yoga with higher aerobic intentionality levels, such as “hot yoga” and hybrid forms such as “spin yoga,” can be energizing activities that lead to sounder sleep later. For others, these types of yoga can be very hard for a healing body to try and take on. For these types of people, the gentler types of yoga may be better; Hatha, Restorative yoga (which was conducted in the research study), and Yin yoga.

The new “Fizzy yoga” (Physioyoga), which incorporates healing benefits and restoration techniques with meditation, yoga poses, physical therapy and massage, might also be a good option.

So To Wrap It Up…

It’s important to start slow in terms of healing and restoring your body’s strength. Make sure your physician has given you the go-ahead before you start yoga, and it’s recommended you don’t start with a home practice. The benefits of working with a highly trained and certified yoga instructor will ensure you don’t injure yourself during your remission.

A person’s battle with cancer takes a tremendous toll on the body, mind and soul. Cancer can break people spiritually and mentally. Just because someone has “beaten cancer,” doesn’t mean that their battle is necessarily over.

Healing the ailed body and restoring the mind takes time, patience, and strength. No one is alone in their fight—there is help, and the practice of yoga can be part of a person’s spiritual and physical journey to complete healing. 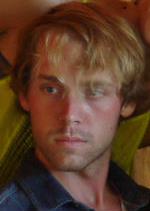 By Ryan McCourt – Ryan had an extensive baseball and ultimate frisbee background until he took his first hot yoga class in Berlin. Just six months later, he was working towards becoming a qualified instructor. He has since slowed his baseball and ultimate career to pursue a path of teaching yoga and traveling. Know more about Ryan here.

When you commit to building heathy sleep habits, you take the first step to become your healthiest self – one full night of good sleep at a time. Check out our Complete Guide to Sleep Disorders – a resource to help you get your quality sleep back. Learn more about sleep disorders, their causes, symptoms and how to overcome them.