How a Headstand and Wheel Pose Got Me a Book Deal

When I started my yoga teacher training in 2014 at Yoga Vida in New York City, the only inversions (yoga asana where your heart is over your head) I would do was Downward-Facing Dog and Shoulder Stand.

I’ve had neck and back issues in the past, so the cautious person in me stayed away from Headstand, Handstand, and other inversions. A few yogi friends with similar issues confessed that they didn’t practice inversions because it was unsafe.

Upon hearing their words, my ego and confidence remained intact. But a part of me felt restless. Yes, I had made a sensible choice by not inverting and putting myself in harm’s way. But my boarding school upbringing had taught me to give things a 500-percent try. The quandary was frustrating.

I focused on other types of asana and wrote a lot. I’d turned to yoga in the past to help with writing. This time around, I turned to writing to help me with yoga.

Folding into the Past

During this time, many of my personal essays that were published were about what had transpired in 2014 and 2013.

Perplexed, I turned to my yoga teachers. They said that Forward Folds are about dealing with the past and looking inward, while backbends are about embracing the future and opening yourself to new experiences.

Immediately, I understood what my body was telling me: I was hanging onto my past, my writing as my co-conspirator. Nonfiction writing, for me, comes from introspection and picking at emotional scabs.

What’s more, even upon learning I was getting published, I wasn’t healing. I understood that unless I let go of the past, I wouldn’t be ready to embrace my future. Unless I was ready for the future, I couldn’t do backbends successfully.

But wait. When did backbends become a challenge? Wasn’t I supposed to be struggling with inversions? That’s the beauty of yoga; it shows you how both the good and the bad are all inter-connected. My core needed to become stronger.

My husband and I spent our Thanksgiving weekend in Catskills. This was the first weekend alone in months where we didn’t have houseguests and I wasn’t in my yoga training institute. I had the opportunity to think things through.

I wanted the pain of my past to go away. I wanted to feel the future.

My heart filled up as I reflected upon the love and support I had had since my Mom’s death and following a physical attack on me in 2013. So many people had tried to heal and love me. The minute I thought of gratitude and positivity, something inside of me changed.

That night, I wrote about happier experiences and my vision of the future.

I showed up in yoga class in Catskills and did a Full Wheel. It just happened. I cried after the class and felt something heal. Right after, I went to my room and started working on an article about the power of gratitude for DOYOU.

“If I can do a backbend, why not a headstand?” I thought. Sure, the last time I had attempted a headstand, my neck hurt like hell and I thought I’d broken it. The pain was due to unused muscles in my neck; it was fear that was stopping me.

Because I was fearful, it affected what I wrote about. I stayed in the past and didn’t open myself to the future. Maybe I feared the future? Fear, I couldn’t allow it anymore.

I did Headstand a few times over that weekend in Catskills, with assist, of course. It wasn’t the most beautiful inversion you’d seen, but it felt liberating and calming. It gave me the push to believe that anything is possible. I just needed to look.

After that trip, I started to practice Headstand at home every morning. A few weeks later, I didn’t need the wall as support anymore. A week later, my legs were straight up without assist, and I was able to hold for longer.

I took an inversion workshop with New York-based Jessie Barr, which helped my confidence grow tremendously. She spoke in the kindest tone, “Make your core stronger, Sweta. These poses aren’t magic. Yoga is not magic. Anybody who practices with honesty can do it.”

In Jessie’s workshop, I did my first Handstand.

I’d written a draft of a collection of poems about my Mom when she passed away over summer of 2014. But I hadn’t had the courage to finesse the manuscript or shop it around. Doing so meant openly admitting so many of my own inner monologues and observations. Revealing the ugliness of the world.

But a publisher took interest in the manuscript after he read my yoga-related articles. He felt my writing had begun to change. And that I wrote from a place of what I needed to write versus what I assumed I should write.

I knew I had changed. I knew doing Wheel Pose and Headstand had introduced me to a place of confidence, fearlessness, and humility. Seamlessly, a book deal happened in December 2014. The book, tentatively titled “Sari & Single Malt,” comes out in 2016.

Indra Devi was accurate in saying, “Yoga is a way to freedom. By its constant practice, we can free ourselves from fear, anguish, and loneliness.” 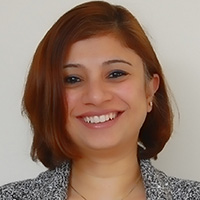 by Sweta Srivastava Vikram – NY-based Sweta is an award-winning writer, Amazon bestselling author, poet, freelance writer, and yogi. You can connect with her on Twitter and Facebook.