Here’s How Meditation Helps With Addiction and Recovery 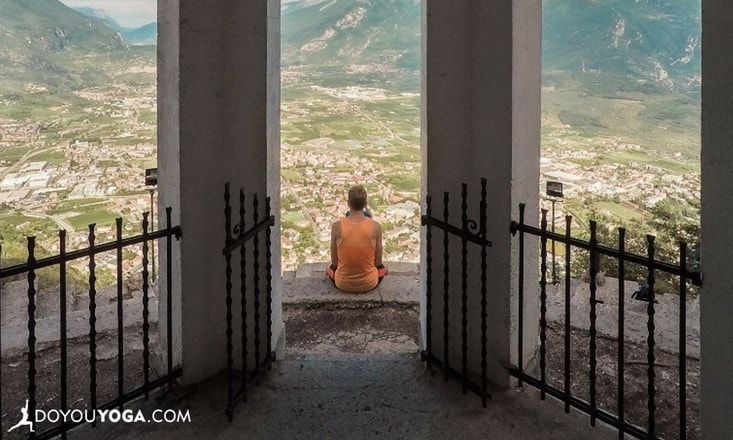 The phrase ‘opioid crisis’ is one that’s made it to the top of the news cycle for most of the past two years, and for good reason: fatal overdoses on a synthetic opioid called fentanyl took 64,000 lives in 2016 alone, more than the entire death toll during the Vietnam War.

Beyond the risk of overdose, there are other dangerous repercussions of opioid addiction, an illness that has officially reached epidemic proportions. For instance, there’s the potential for exposure to bloodborne, communicable diseases like Hepatitis C and HIV from contaminated needles. Also, the negative effects of addiction radiate out into society, families’ and children’s welfare, the economy, and countless other dimensions of communal well-being.

So now that we’ve covered the severity of addiction, the complexity of it also must be acknowledged. Recovering from addiction is a process that happens on the individual, familial, and community levels, and it’s different for every individual. Many scientific studies have suggested that meditation and mindfulness can play an important part in recovering from addiction – here’s how.

One of the main clinical symptoms of addiction is impaired self-control, as characterized by impulsivity and compulsivity. Impaired self-control involves reduced activity in the brain’s control-related structures, such as the anterior cingulate cortex (ACC), medial prefrontal cortex (mPFC), and striatum.

Mindfulness meditation can improve the function of these control networks and, according to one scientific paper, “may be a promising approach for the treatment of addiction, even among those without intention to quit.”

Addiction, in some cases, can be an unhealthy coping mechanism for pain, anger, or other emotional distress. Successful addiction recovery often involves improving the patient’s ability to develop and use a repertoire of replacement healthy coping behaviors, such as mindfulness meditation.

The authors of this paper argue that “incorporating meditation into the lifestyle of individuals recovering from addiction provides a consistent means of preparing for inevitable, addiction-related life challenges and a coping skill that can help maintain equilibrium” in a life of recovery.

3. Increasing Understanding of the Self

Meditation allows an individual to assess themselves in a relatively objective way, taking stock of their own internal state and of the self’s wants, urges, and tendencies. With a regular practice of meditation, it becomes easier to understand and recognize the passing nature of some urges. Mindfulness allows a patient to explore the underlying emotional and behavioral roots of their addiction.

In this context, meditation can play a key role as an adjunct to talk therapy, allowing a patient to digest and process, albeit in a different way, the work done with the help of a mental health professional.

As one scientific paper put it, meditation practice can help with “the moderation of dysphoric mood states and the shameful and self-destructive emotional habits that often accompany addiction, allowing them to be replaced by the cultivation of compassion and self-compassion.”

These are just the broad strokes of how meditation can be implemented to increase the success of substance-addiction programs.

It’s important to recognize, however, the limitations of meditation in treating addiction. Meditation and mindfulness are helpful adjuncts to carefully structured mental and physical health programs for those choosing to embark on the difficult journey of recovery. But it’s certainly not a cure-all for a hugely complex problem that is so much larger and more nuanced than just the individuals who are affected.