3 NFL Athletes You Wouldn’t Expect To Do Yoga 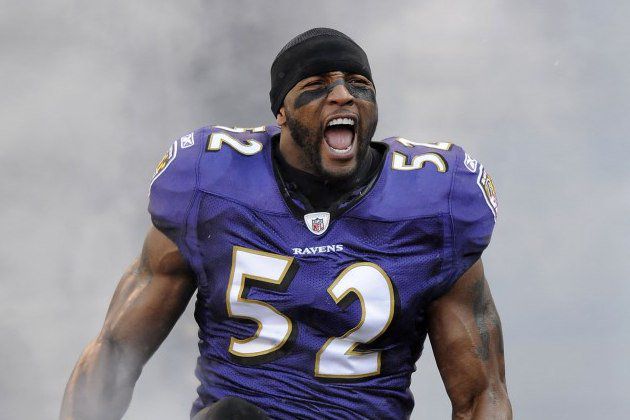 Lets be honest, it is kind of hard to imagine a NFL linebacker standing in Warrior 1 or bowing his head in Namaste. However, many of the top athletes in the professional world, especially in football, use yoga to get off the daily grid-iron and take a step back from the intense grind and physical demands of the NFL season.

Yoga has proven in a number of successful athletes to not only help the players relax from the everyday beating their sport demands, but also to use yoga as a way of healing both mentally and physically.

Since there is no one size fits all training method for football, you can bet that these badass yoga athletes have a number of varying preferences when it comes to their yoga practice and what suits them best.

Davis has consistently been one of the top tight ends for the last four of five years in the NFL, proving that he is in the game for the long haul. In 2009, he tied the league lead in the NFL with 13 touch down receptions and was a key component of the 2011 49ers team that went on to the NFC championship game that year.

However, Davis hasn’t always been as mentally tough as he is now. In 2008, he got sent off the field during a game for having a bad attitude and since then has decided to begin incorporating yoga into his training in order to calm his mind.

Fast forward four years, and now with the help of yoga he has become one of the best NFL tight ends in the league. Davis has been quoted as saying that Bikram yoga has helped keep him mentally fresh throughout the grueling NFL season.

Cruz is another athlete who has proven that yoga can be an amazing addition to being successful in the sport of football. If you can believe it, Cruz went undrafted before being signed by the Giants and becoming one of the biggest surprises of the 2011 NFL season.

Cruz was part of the 2012 Super Bowl championship to the New York Giants and played a big role in the NFC championship game with 10 receptions and 142 yards. He has continued to be a huge part of the offense for the 2012 Giants, and believes that the Giants team mandatory yoga class for all rookies (and any veterans that want to participate) is incredibly beneficial.

Cruz took part of the program his rookie year and believed that yoga helped his focus, mental toughness and promoted proper breathing necessary for a long winded football game.

Ray Lewis of the Baltimore Ravens

If you aren’t aware already this man is one heck of an athlete to say the least, and the fact that he does yoga in my book only makes him even more of a killer force to be reckoned with.

Lewis was named the Defensive Player of the Year in 2000 and 2003 and Super Bowl MVP when he helped the Baltimore Ravens win the Super Bowl in 2000. Lew has in many ways spear headed the Ravens defense for the last 14 years, and some consider the 2000 team to have the best defensive line ever.

Lewis has led his team in tackles 12 of 14 seasons and has been extremely durable throughout his career. Lewis takes part in yoga throughout the week to help not only prolong his NFL career but also to aid in developing a healthier lifestyle, he has even spoken about plans to continue practicing even after football.

Lewis is a huge advocate for adding yoga into a football practice and recommends it to other football players, especially within his own defensive line. However, Lewis prefers not to do Bikram Yoga because he feels it’s too hot to handle.