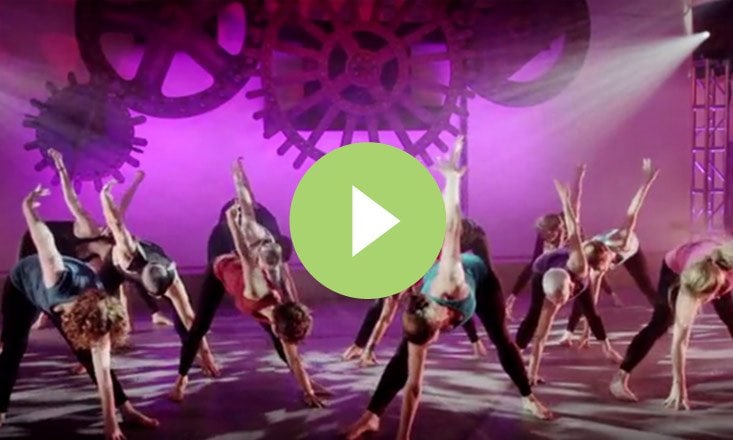 Without the benefit of yoga’s present-day popularity, her “Yogadance” rehearsals drew attendees intrigued by the athletic, aesthetic, yet deeply meditative nature of the yoga-infused sequences.

Over 20 years later, Theresa was requested to teach Yogadance at the 2014 Northwest Yoga Conference in Seattle, WA. With stability, balance, and lightness on the feet as her main class requirements, she led students fluent in the language of yoga posture, form, and alignment through a two-day workshop and filmed the results.

Watch as yogis and yoginis weave asana, breath, and synchronized movement into a musical dance-asana performance that’s nothing short of fabulous!