Yoga in the West: Is it Making a Difference? 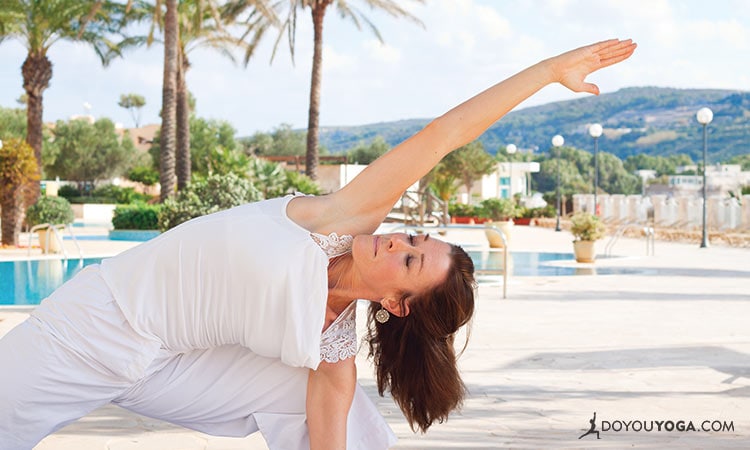 Yoga in the West is a complex phenomenon. Whereas at its roots, it is traditionally a life path—a journey through the self, leading one to true awareness of that self—in the west, it can be many things…and often is no more than a hobby or a stylized exercise/fashion regimen.

This was no more evident to me than on a recent trip to California. In particular, as we made our way to Laguna Beach, I was somewhat surprised to find yoga studios and yoga-related retail at what seemed like a 2:1 ratio in this sleepy, upscale coastal town. The prevalence of yogapenetrated even the free newsstands, where LA Yoga was offered alongside other monthlies of entertainment and real estate.

Flip open one of those real estate mags and you’d find homes ranging from the 3- bedroom variety at a price tag of $1,789,000 all the way to the sprawling seaside estate at upwards of $9 million.

Seeing yoga in such high demand alongside such opulence started turning the hamster wheel inside my head.

The Optimist And Pessimist

The optimist in me sees it this way: Yoga has penetrated the upper reaches of the West, and is transforming things from the inside out. Yoga inside the boardrooms, at the foot of the beds of CEOs is a good thing. Everyone can benefit from yoga, and having more self-aware corporate leaders (and their families) is a societal benefit whose check will be cashed as time progresses—when the true transformational outcome will be revealed.

And the pessimist: Yoga is exclusive. Only those with high disposable incomes can afford $20/class rates and the associated fashions that accompany the practice. Yoga only exists in young or upscale suburbs, in chic, gentrified urban neighborhoods, and exotic tropical locales.

The West has reduced Yoga to merely another display of lifestyle, where practitioners can feel better about themselves while returning to fragmented communities, obscene villas, and ecologically destructive behaviors. Yoga is just another thing we do.

So, herein lies the debate, with a pulsating question resting at the core…

Is Yoga Making A Difference?

I, for one, oscillate between essentially the aforementioned pessimist/optimist viewpoints. Sometimes, I feel by simply practicing yoga, we are unconsciously transformed (with results pending), and at other times I feel dejected that perhaps it’s too little too late—that yoga stands no more of a chance at improving the state of affairs than does the best of recycling efforts—on its own a superficial attempt at reformation.

Somewhat obviously, this is not an easily determined matter. To be certain, there are efforts (by studios, individual teachers, and communities) to offer free or inexpensive yoga to those who would otherwise be unable to practice in a studio. A friend of mine spends a month a year in Palestine, offering yoga to anyone who has a sense for it. Surely, this type of offering is not unique within the field.

Online yoga classes are just another avenue for bringing yoga to the masses, as is simply the recognition that yoga can easily be practiced anywhere with a body-sized floor space available.

And yet the question persists: is it making a difference?

I’d like to open this up to the sizable community that is a part of DYY, not just as a prompt to enter discussion, but also so we can share (and perhaps inspire) the evidence of how yoga is making a difference in the myriad of communities that comprise our world.

So here it is…

How is yoga changing, not only your life, but also the lives of those around you, and the community as a whole?

I sincerely look forward to hearing from you!