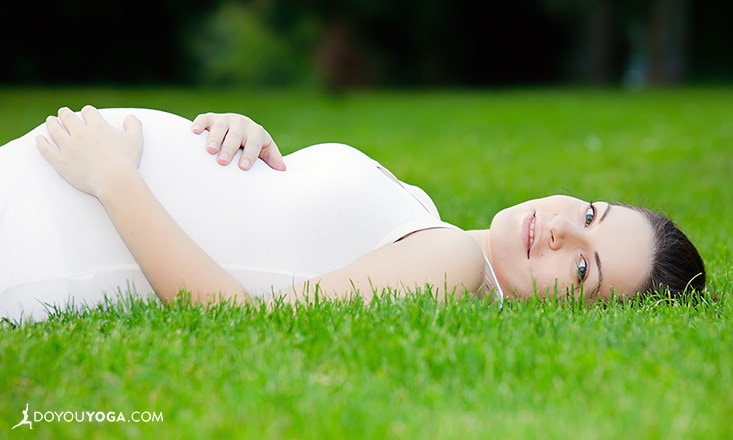 If you're a mama-to-be, there's some good news in regards to your yoga practice! A new study published in the journal Obstetrics & Gynecology says that there are three new poses that are safe for women to do during pregnancy.

Yoga during pregnancy is recommended both for the health of the mother and the fetus, but there are some poses that are considered off-limits in order to keep the baby healthy. Now this new study has found that some poses that were previously not recommended are perfectly healthy for pregnant women to practice.

The study was conducted by gynecologist Dr. Rachael Polis of Kosair Children's Hostpital in Louisville, Kentucky and her team, and focused on twenty-five healthy pregnant women. Dr. Polis wanted to find out if practicing yoga really had an effect on the fetus, as she couldn't find any evidence-based studies about it.

All twenty-five women were in their third trimesters, and had had uncomplicated pregnancies, with no high blood pressure or gestational diabetes.

The women were each guided through a personal yoga class that consisted of twenty-six yoga poses, including standing poses and twists. Inversions like Headstand and Handstand were avoided to decrease the risk of falling. The fetal heart rate was monitored through the entire class, and the women had follow-up appointments twenty-four hours later.

Dr. Polis reports that all the women in the study tolerated the asanas well, and that there were no reports of decreased movement of the baby, contractions, or bleeding from the women.

What's perhaps most significant for women who enjoy practicing yoga during their pregnancy, is that the people running the study included three poses that are normally not included in pre-natal yoga classes: Downward Facing Dog, Happy Baby, and Corpse Pose.

Women in their third trimesters aren't advised to lie on their backs, so Happy Baby and Corpse Pose usually are not included in pre-natal classes. However, all women included in the study tolerated the poses well.

Dr. Polis says that the study is still preliminary, but shows promising results. And as always, if you're expecting, please talk to your OB/GYN before starting pre-natal yoga, and listen to your body in regards to what it does or doesn't need from your practice.

You can read more about the study here.