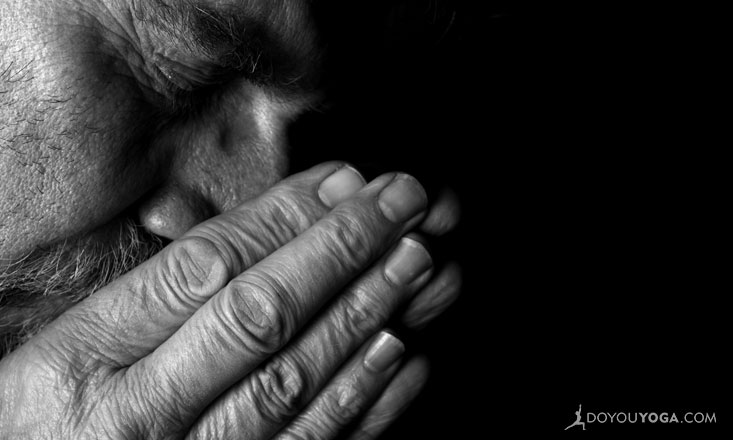 As people get older, their cognitive abilities tend to deteriorate.  Age-related physiological changes cause certain areas of thinking to slow down. This often results in memory lapses and more frequent occasions of misplaced keys, forgotten phone numbers, and blanking out on an acquaintance's name.

A certain amount of cognitive decline is normal and to be expected as we advance in years. However, a recent study has found that yoga and meditation can be a powerful tool in staving off age-related cognitive decline and boosting thinking skills.

Researchers from the University of California- Los Angeles (UCLA) gathered middle-aged and older adults below 55 years old from the Los Angeles area. The volunteers had expressed concern over their memory lapses and, during evaluations at UCLA, were found to have mild cognitive impairment (MCI), which causes a change in cognitive abilities, including memory and thinking skills. People with MCI are at an increased risk of developing dementia.

The volunteers were assessed using cognitive testing including fMRI, a sophisticated brain scan that tracked how different regions of the brain communicated with each other and showed changes in memory performance over time.

After 12 weeks, the participants were once again evaluated through a series of cognitive tests and another brain scan.

Training the Brain with Yoga

To summarize, the study revealed that weekly yoga and meditation sessions had more benefits than 12 weeks of conventional brain training.

While there have been numerous studies on how strenuous of exercise like running can positively affect cognitive skills, not everyone enjoys working up a sweat that way. The UCLA study makes a strong argument that yoga, a comparatively mild form of fitness, can also have a positive effect on the brain and on mood.

The study was headed by UCLA professor of psychiatry Dr. Helen Levretsky and was published in the Journal of Alzheimer's disease.

Has yoga and meditation also improved the way you think and feel? Share your experiences with us in the comments!