Why Falling on Your Ass Is the Best Asana 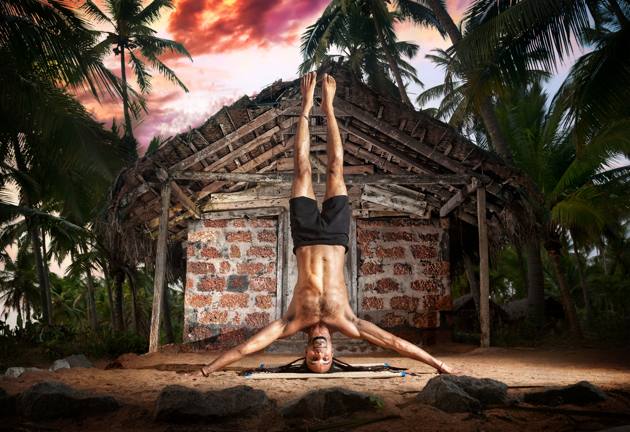 The first time I ever took an asana class, I fell flat on my ass. I was impressed!

I’d spent twenty years of my life dancing ballet, and at least five of those years were spent in pointe shoes. I’d once fallen at an important audition and several times I’d fallen onstage during performances, but my fall in the yoga class somehow made me feel far more ridiculous than I’d ever felt before.

The fall happened right after my very first attempt at Eagle, by far the most complicated balancing act I’d ever attempted—and I could nail things like fouette turns in my sleep.

After checking to see if my tailbone was still attached, I sat on my mat for a moment, feeling stunned. My cheeks were beet red with embarrassment, but luckily I’d chosen a hot yoga class and at least half the participants had flushed cheeks, so I still felt like I blended in just fine.

“Sheesh,” I thought to myself, “I’d rather play Twister!” Eagle Pose was foreign and bizarrely complicated to me, with all its overserious, squished knees and elbows. I suspected right then that it would be my nemesis (well, that was until I met an even larger threat—Twisting Lunge).

Every time one of my nemeses came up in a class sequence, I politely excused myself and simply sat down. I came up with all kinds of excuses: my ankle is strained, I have to pee, I’m allergic to that animal. Yoga class became a jungle of wild poses—and not all of them seemed friendly.

I spent a lot of my time hiding out in Savasana.

Since I loved yoga class save for those few big predators of my joy, I looked for ways I could survive. I spent hours at home leaning against walls, the couch, or the bed, learning how to balance. Eventually, without even really trying, I found I could hang out in Eagle Pose for minutes on end.

My first yoga class may have literally gotten me down, but that was the whole point. I wasn’t going to get anywhere new if I wasn’t willing to deal with falling and feeling ridiculous—and learning.

Now, I can soar along through long sequences of asanas that used to seem impossible, but that doesn’t thrill me nearly as much as simply sitting or lying down, resting after a long flight through the jungle. I’ve found that best asana really is a sweet spot, and you might only find it if you fall.