What Does Vinyasa Mean, Anyway? 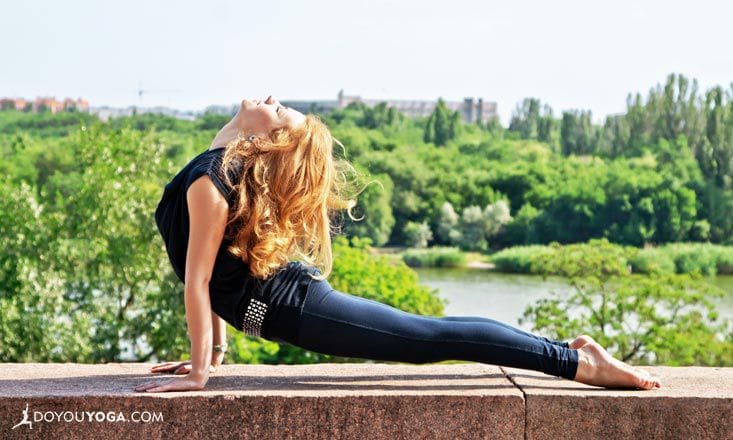 The Sanskrit word vinyasa has become a broad catch-all phrase for yoga practices that involve flowing from one pose to the next on the breath. Often called Vinyasa yoga, Vinyasa Flow, or simply Flow yoga, Vinyasa yoga has become one of the most popular styles of yoga and there are hundreds of Vinyasa teachers and classes to choose from.

But what does vinyasa mean, anyway?

Connecting with the Breath

The actual term vinyasa means “breathing/movement system” — implying the linking of movement and breath (one breath for every movement). When you tie the duration of any movement with the length of either your inhale or exhale, you create a vinyasa.

For example, reaching your arms out and overhead at the same rate as your inhalation is one vinyasa.

The Origin of Vinyasa Yoga

The concept of vinyasa originated with Pattabhi Jois’ Ashtanga yoga. A classical system of yoga, Ashtanga yoga is a dynamic, physically demanding practice that synchronizes the breath with every movement to produce internal heat as students move through a set series of postures.

First introduced in the 70s, Ashtanga Yoga became increasingly popular in the 80s and teachers who started out in the traditional system went on to develop their own expressions of the practice using the principle of vinyasa, including Power yoga, Prana Flow yoga, Baptiste Flow, and many other Vinyasa Flow styles.

One last note: Yoga teachers also use the term vinyasa to describe a segment of the traditional Surya Namaskar (or Sun Salutation) — specifically, the transition back from Forward Fold, through Chaturanga and Upward-Facing Dog, back to Downward-Facing Dog. In class you may hear your teacher say something like, “exhale, vinyasa to Down Dog,” and this is what they mean.

Do you practice Vinyasa yoga? Tell us why you love it in the comments below!