Wands at the Ready! Harry Potter Yoga Comes to Canada 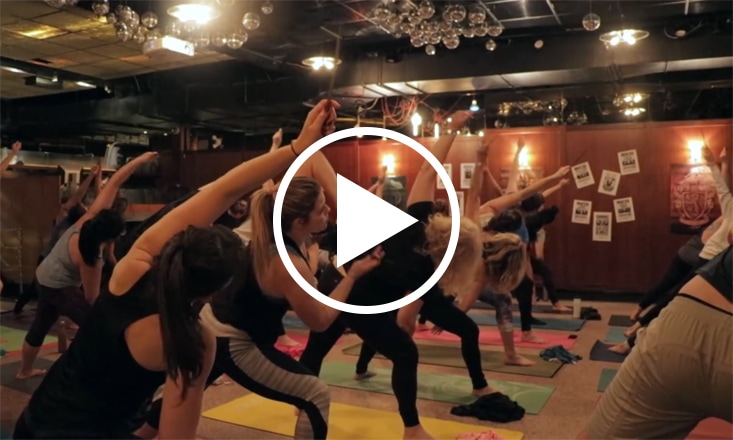 The Harry Potter Yoga craze that got us talking has now spread from Austin, Texas all the way to the Great White North. If you need a little magic to get you through the end of the cold Canadian winter, Toronto’s Pop Up Asana has just the spell for you.

Harry Potter Yoga? What is that?

Harry Potter Yoga began as a Halloween celebration at The Circle Brewing Company in Austin, Texas, which normally offers ‘beer yoga’ classes to attract new yogis to the practice. But on October 30th of last year, they traded their ordinary brews for the witches’ kind, creating a practice that re-imagined beginner-level asanas as part of the wizarding world.

Canadian wizards—I mean, yogis—have the Toronto-based company Pop Up Asana to thank for the reappearance of Harry Potter Yoga. Their mission is "to bring yoga to the masses through innovative and fun pop-up events." Harry Potter Yoga isn’t their first foray into bringing yoga to those who might not otherwise give it a try. Last May, Pop Up Asana ran a six week Drake-themed yoga class, appropriately hosted at Toronto’s swanky Drake Hotel.

In addition to bringing yoga to new practitioners, Pop Up Asana also donates the proceeds of their events to charity. Their Drake Yoga sessions profits were donated to The Raptor Kids Foundation, and their Harry Potter Yoga proceeds will go to the SickKids Foundation.

If you want to perfect your Downward Dumbledore while also supporting this great charity, you’d better get your Portkeys and Floo powder ready. These classes only run until March 18—so whether you plan to travel by broom, apparition, or just in a regular Muggle car, get there quick!

What asanas would you like to see re-imagined for the wizarding world? Share your ideas with your fellow wizards in the comments!