Beer and Yoga: When Yogis and Beer Lovers Collide 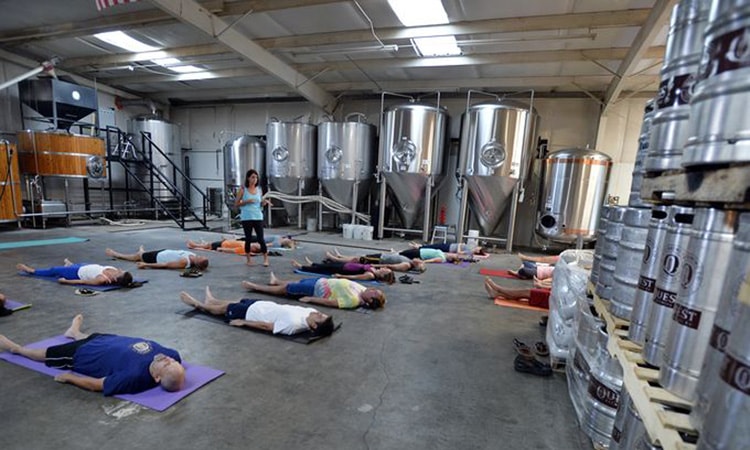 It may sound like an unconventional mix, but one yoga class in Greenville, South Carolina, is offering craft beer at the end of each session.

The ‘Hatha and Hops’ evening classes are being held by certified yoga instructor and food writer Kate Townsend inside the unique setting of Quest Brewing Company. Conducted amongst looming towers and bubbling pipes, Townsend’s class has been thoughtfully designed for beginners.

The aim is to encourage people who would not normally opt to do yoga, enticing them to try it out with the lure of a beer at the end of the class. Townsend suggests that the Monday night class is a great way to unwind at the end of the day.

Initially, Townsend was unsure about the project, as enthusiasts of either yoga or craft beer, both often staunchly protective of the authenticity of their chosen passion, might have been uneasy about combining the two activities.

However, drawing on the success of a similar yoga and beer class—‘Bendy Brewski’ in nearby Charleston, South Carolina—Townsend was persuaded to give it a try.

Beth Cosi, yoga instructor behind the ‘Bendy Brewski’ program, which is now on its third year and runs classes in Holy City Brewing, Frothy Beard, and Palmetto in the Charleston region, extracts parallels from the two streams of practice.

“They’re both ancient traditions, they both have to do with craft,” she says. “Your yoga is your constant practice. You never finish practicing. You never check it off the list and get it right.”

“Breweries are the same,” Cosi continues. “They’re evolving. It’s a blend of hard work and keeping things really pure and clean. There’s creativity behind it and discipline.” 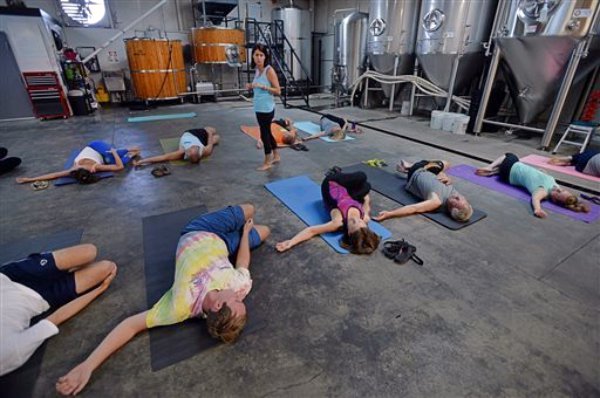 The hope for Greenville’s ‘Hatha and Hops’ is that while newcomers might initially come for either the beer or the yoga, they will be exposed to something new and appealing, and will soon become regulars.

Established in 2012, the Quest Brewing Company is keen to connect with the community. Brewery co-owner Don Richardson believes that holding the classes there is a good way to be involved in the community and to meet the locals.

Although it may seem like an unusual idea, the combination of yoga and craft beer has thus seemed very popular, with participants returning week after week. Perhaps the beginning of a new trend?