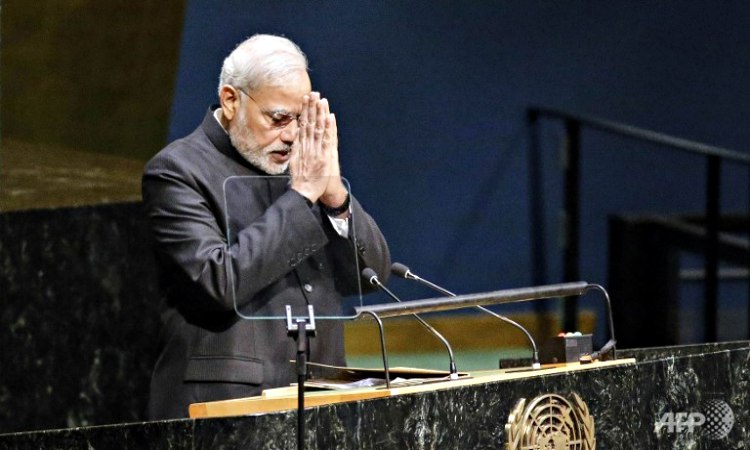 Whereas most leaders push mostly for political causes on the UN stage, India’s Prime Minister Narendra Modi promoted the practice of yoga to close his maiden speech at the 64th UN General Assembly held September 27th.

He called for the UN to adopt an International Day of Yoga, and promoted the ancient discipline as a positive contributing factor on how the world can tackle climate change. Modi says, “By changing our lifestyle and creating consciousness, it can help us deal with climate change.”

The UN Assembly seems to have heard Modi loud and clear, as they have scheduled ‘informal consultations’ today, October 14, for the draft resolution to adopt an International Day of Yoga.

Here’s an excerpt from Modi’s speech:

"Yoga embodies unity of mind and body; thought and action; restraint and fulfillment; harmony between man and nature; a holistic approach to health and well being. It is not about exercise but to discover the sense of oneness with yourself, the world and the nature.”

While there are already groups and organizations that celebrate World Yoga Day, this has no official sanction. Having The UN’s support and widespread international reach just might help spread the word about the many holistic benefits of the ancient practice.

Nepal is one of the states that have already explicitly expressed support for Modi’s call. Hopefully, more nations will follow suit and we’ll soon have an officially sanctioned and internationally observed day of yoga.

What do you think? Will having a UN International Day of Yoga bring more awareness to the practice of yoga that goes beyond asana?