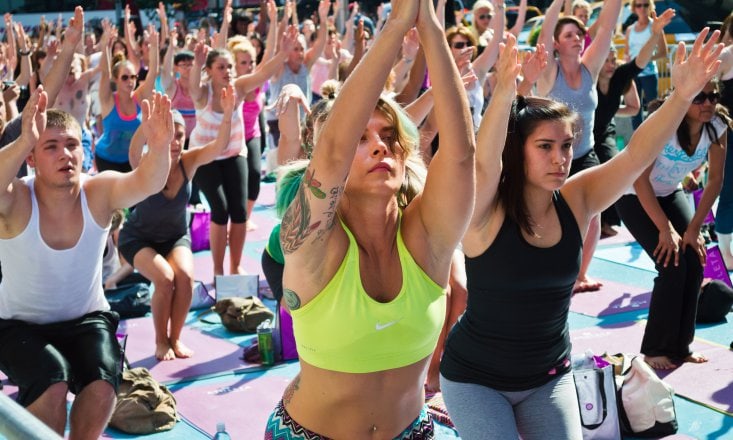 Well folks, it's official. The United Nations has declared June 21 as International Day of Yoga.

This happens after India's Prime Minister Narendra Modi called for the UN to adopt a world yoga day in his speech back in September, to promote the country's ancient discipline as a positive contributing factor on how the world can tackle global climate issues.

Yoga's ability to create awareness and develop a sense of oneness with community and nature can help everyone form a conscientious perspective of climate change and how it truly affects us all.

The UN General Assembly and its 193 members approved the resolution to bring attention to the practice's holistic benefits.  U.N. Secretary-General Ban Ki-moon said that yoga "can contribute to development and peace. Yoga can even help people in emergency situations to find relief from stress."

We couldn't agree more, Mr. Secretary-General! What do YOU think about this new UN day of observance to raise awareness on yoga and its benefits?