The Truth About Dying 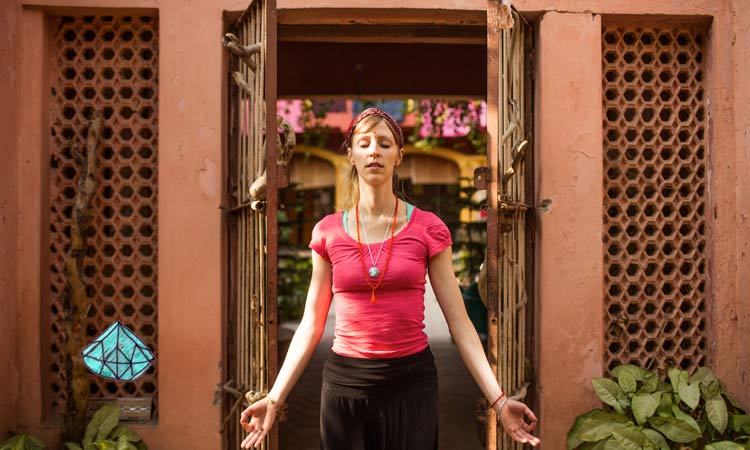 It’s wildly bizarre that death gets such a bad rep. I guess it’s like the one thing that nobody’s really reporting back from. I mean, you go to Tahiti and then you get back and you tell everyone about it. You go to your grave though, and there’s not much of a play by play afterwards.

Cans Or No Cans, We’re All Going To Die

And this isn’t grim or morbid or tasteless to announce, it’s simply the truth. The sooner that we all recognise this as a truth and not a possibility, the sooner that this life can be that much more fulfilling and rich and alive. Yes, once we grasp the reality of our own mortality, the sooner we get to be fully immersed in the gift of this life.

Accepting death is actually really positive. It means you get to wake up to the impermanence of this life and live it fully and whole-heartedly, as if your life depended on it.

Us yogis, we’ve got it good. Really good. We practice presence and acceptance all the time. We practice dropping reactions, living in truth and being content with the way things are. We practice being alive and living good lives, which actually means that we’re preparing in a not so direct way, to be better at dying.

I will never forget when I spoke with one of my yoga teachers on the phone many years back. I had a massive audition and all I wanted was to do my best work when I took to the stage. I told her, “I just want to be so present next week when I’m up there in front of those directors.” Her voice was all smiles and love. “That’s beautiful,” She said. “Instead of waiting until next week to be present though, why not start right now?”

My mind exploded in a thousand different directions. If I could be present now, I could be present then too (totally cray)! Finding presence was no longer something to wait for or start tomorrow. The only option was to start now.

I learned that by choosing to jump in and not wait, I could actually be fully invested, right now, in this time that I have on earth. What a massive gift.

So How Does Yoga Teach Us How To Die?

And is that a totally whack thing to even A) Suggest or B) Think About?

Try this on for size: You’re in Warrior II and it’s getting to be really intense. You’ve been holding now for five breaths and you’re pretty sure the teacher is not going to take you out anytime soon.

How are you going to face this challenge?

You can get swept up in your mind – the I can’t do this, the oh my god, the total panic. You can also get angry at the teacher and venture down the avenue of resentment. Or you can try something else altogether — instead, sinking right into and accepting the reality of the moment.

You can breathe, let your thoughts dissolve and try to look right at the challenge with an open heart. You’ll notice pretty quickly that all the drama starts to fall away. You’ll be present then and all those fears and questions – this is too much, I can’t do it any more, how much longer? – will fade away.

Whenever you have the opportunity to let go or release while practicing yoga, doesn’t it feel so good? Isn’t it so freeing to drop the fear and instead be present and embodied?

Don’t Get Creeped Out Now, But It’s Kind Of Like Practicing For Death, Isn’t It?

Whether you’re in Warrior II, at a big audition, or facing a moment of fear or uncertainty (like kicking the can), there’s an opportunity to show up and not let the scary stuff overwhelm you. Death is the biggest letting go of all. I mean, I haven’t done it yet so I can’t report back but I’m pretty sure that if we all try to live well, we might actually be able to die well, too.

Circumstances aside – through yoga, through life – we can all practice the liberating art of letting go so that in the end, it’s maybe not so scary.