This is How Yoga Benefits Your Brain 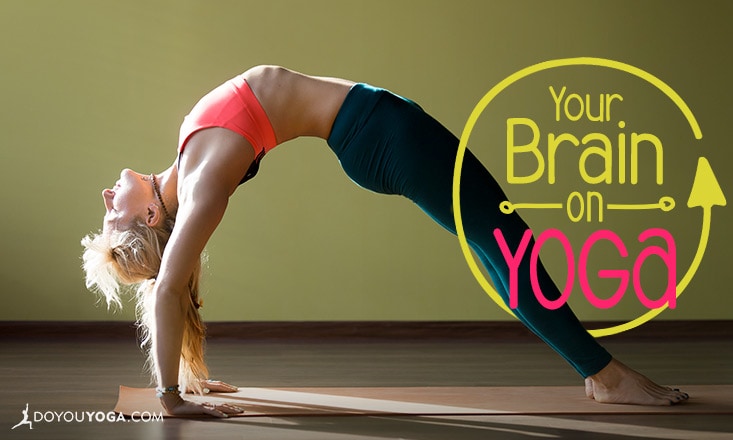 The brain is a complex, mysterious, soft, and spongy mass of nerve cells and supportive tissue. Weighing in at roughly three pounds, the brain is a mysterious organ that has led people to study all forms of neurology in hopes of better understanding the nerves and the nervous system.

An increasing number of studies are focused on the effects of yoga on the brain. Read on to get a better grasp of the ways yoga benefits the brain.

Compared to other species, humans have the largest brain to body size. Although it may appear small, and is on average a measly two percent of the human body’s weight, the brain is mighty and uses about 20% of the total oxygen and 20% of the blood circulating in the body.

Through pranayama practice and teachings, yoga strengths awareness of breath and the power of the lungs and diaphragm. Over time, yoga increases oxygen intake and therefore, the supply of oxygen available to the brain.

Additionally, yoga invites movement through asana practice. Moving the body in different asanas increases mobility of the physical body as well as the internal mobility of blood throughout the body. During practice, yoga increases the heart rate and blood flow to the brain (especially during inversions).

2. Yoga promotes growth of brain neurons and their connections.

Neurons are generally nerve cells comprised of a cell body (soma), signal receivers on the cell body (dendrites), and a projection (axon aka a thing that extends outward from the soma).

Neurons send nerve signals to and from the brain. During early pregnancy, about 250,000 neurons are created per minute. The learning process sparks connections to be created between neurons. Especially for young children, everything is new so the brain is constantly and rapidly making new connections.

By the age of three, the brain has created a thousand trillion connections. However, there is a “use or lose” principle to neurons. The neuron connections less used are pruned off and fade away so new connections can be made and strengthened. The average adult has about half the connections of a three-year-old.

To help with brain flexibility and strength, yoga constantly pushes the mind, body, and soul to be more open-minded and to learn more. Yoga can help change the way the brain “thinks” by, over time, creating and strengthening new neurons and neural pathways to help get out of ruts and stuck old ways of thinking.

Creating new ways of thinking through yoga has been shown to decrease depression and anxiety symptoms.

The brain cannot multitask. It can, however, process information sequentially at an incredible speed.

The brain’s 86 billion brain cells, with an average of 40,000 synapses connections per neuron, can process information between 0.5 to 120 meters per second (268 miles per hour!). Interestingly, not all brain cells are alike and there are 10,000 (and counting) specific types of neurons in the brain.

The brain has to toggle restlessly between tasks when attempting to multi-task which has been linked to a decrease in attention span, learning, performance, and short-term memory. Fascinatingly, the average person has 50,000 to 70,000 thoughts per day but sadly, roughly 70% of those thoughts or 35,000 to 49,000 thoughts are negative.

Because of this, the yogic philosophy of slowing down and pushing pause comes in handy. Slowing down the number of thoughts and working on creating a more positive mindset happens one neural connection at a time. From a neurological perspective, it makes sense why the process of creating a peaceful mind takes time and training.

4. Yoga teaches the power of intuition.

We often think of the brain in our heads when we talk about yoga for the brain, but there is a “second” or “backup” brain in the intestines and gut which contains 100,000 neurons.

Gut bacteria are responsible for generating over 30 neurotransmitters including serotonin (the “feel good” hormone). Yoga benefits this brain through working on listening to the gut and trusting the self. The "head brain" often works to rationalize and look at things in a certain way, whereas the gut brain can sometimes be more trustworthy.

5. Yoga affects many other areas in the head brain on a microscopic level.

More scientifically speaking, here are some of the nitty gritty ways yoga impacts the brain.

Yoga has been linked to the down regulation of both the hypothalamic-pituitary-adrenal axis and sympathetic nervous system decreasing the stress response. Specifically, through studying Trauma-Sensitive Yoga, the Justice Resource Institute in Brookline, Massachusetts found yoga helps regulate areas in the brain that have been effected by trauma.

These are just five ways yoga benefits the brain! With increased research and scientific funding, the list for the benefits of yoga for the brain is continuously growing. Keep practicing for your brain and feel free to share any ways you know yoga helps the brain!