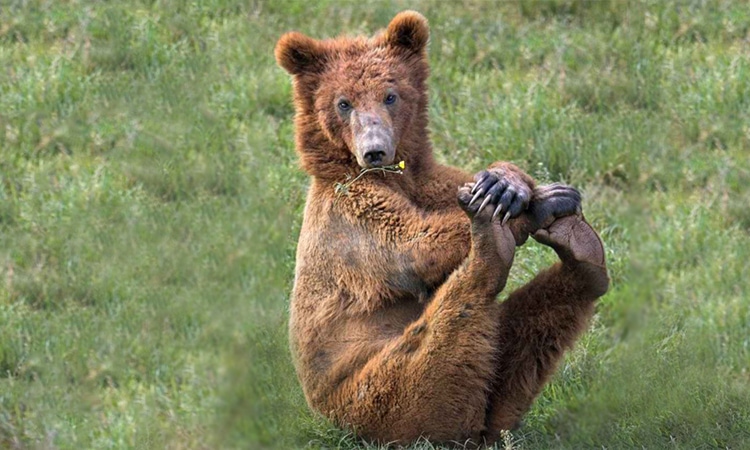 Nope, he doesn’t steal “pic-a-nic baskets,” instead he does something much more awesome — yoga stretches. Or at least that’s what it looks like.

While snapping photos in Spain’s Cabarceno National Park last month, wildlife photographer Marina Cano witnessed an unusual yoga session. This brown bear was spotted going through a series of stretches that would make any yogi proud, extending first its left hind leg, then both hind legs, then its right leg straight out as it sat upright in the grass.

Cano told the Daily Mail that she runs regular photography workshops at the park, but had never seen anything like this before, calling it “similar to Pilates.”

The park contains over a hundred species of animals, including, of course, brown bears, which live for about thirty years. It’s not known how many of those thirty years are spent doing yoga and Pilates, but if every bear in Cabarceno is like this one, visitors are in for some unbearably adorable yoga.