The Death of The Ego: Meditation’s Powerful Influence 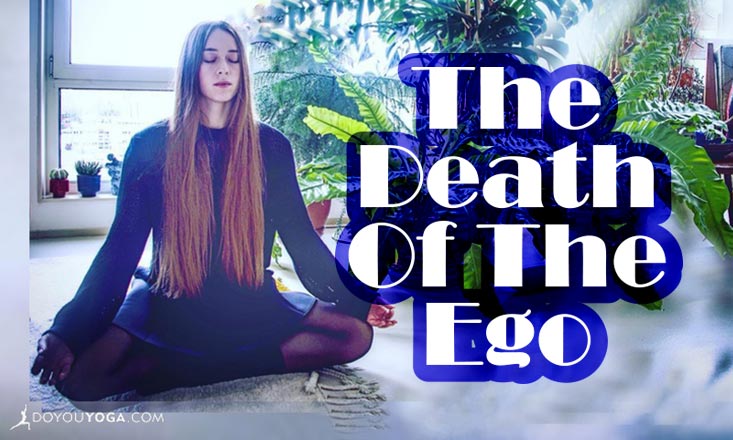 Meditation, according to Eastern philosophy, is a practice intended to strip one of all veils to reveal the truest and highest self, the connection to the whole and to the divine. Through the practice of meditation, one can reach enlightenment, or nirvana, samadhi, bodhi or moksha.

Whatever name you choose to call this higher, heightened state of being, all schools of thought surrounding this topic share one common belief: this enlightened state is a death of the ego.

This phenomenon is sometimes referred to as “the great death” — in stark contrast to “the small death” that occurs when your physical body expires. Buddhism believes that this death of the ego is much more significant than the death of the physical form.

What is the ego?

Contrary to Western psychology’s definition of “ego” (which is an entirely different subject matter that coincidentally bears the same name), Eastern philosophy views the ego as entirely false and unnecessary.

According to Eastern philosophy, there is no such thing as having a “healthy ego,” but that the ego is nothing more than a false illusion of the self that should be stripped away. This ego is simply a construct created by the mind, imprisoning us to believe that we are the center of our own universe.

It gives us a false sense of importance and deeply roots us to wants, such as recognition and approval. The Buddha believed that the root of all our suffering stems from ignorance and taught that our clinging to the identity of the ego was a source of great ignorance and, in turn, great suffering.

How does it die?

The simplest way to envision “the great death” is to imagine the absence of thought. Thought is all that provokes our egos. The well-known quote from Descartes, “I think, therefore I am” essentially sums up this concept of ego.

This sense of self exists because of thought that provokes us to believe that we are separate from all else and that we are at the center of all that surrounds us…that our very identities exist simply because we are the ones creating thought.

Meditation works to remove thought, to create stillness (silence, even) of the intellect, to tame the “monkey mind” and hone in on the present moment as it is without judgment or control. Through the truest practice of meditation, the ego must die (at least for a time) to completely remove you from yourself to truly become the “observer.”

Meditation as a Vehicle for Change

Removing the sense of self and all the fears and wants associated with it, allows for the incorporation of all else. It allows us to see how we are all inherently connected, how there is no real distinction between you and me.

Meditation can often be a scary practice for this very reason. We tend to cling to our sense of self, our sense of identity, and it can be frightening to let this go in exchange for the unknown. However, this bold walk of faith headfirst into the unknown is the very essence of the potential release that can be experienced from dissolving the ego. And this release far outweighs any doubts that may accompany it.