Perfecting the Yogi Push-Up (with VIDEO) 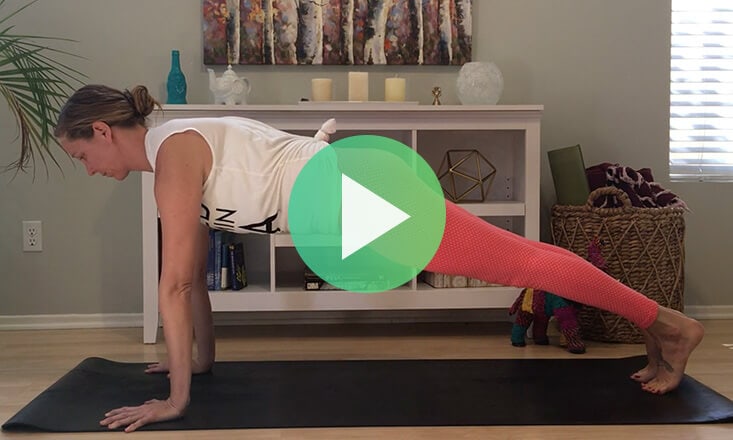 In my last post, we worked on finding Tadasana (or Mountain Pose) in Plank Pose. This week we are going to focus on staying steady in Tadasana — i.e. keeping your spine stable — as you lower down toward Chaturanga Dandasana and back up to Plank.

The biggest thing I see when students lower down from Plank Pose to Chaturanga Dandasana is extreme movement through different sections of the spine, particularly the head and neck. The majority of students lead with their faces, hyperextending their necks forward and protruding their heads in front of their shoulders.

Once the head and neck extend forward out of alignment, it’s nearly impossible to keep the rest of the spine stable.

Rather than remaining stiff as a board in Plank through Chaturanga Dandasana, or Yogi Push-Up, the spine moves in three separate sections — compressing the various vertebrae, especially in the low back. Let’s take a closer look at what happens to the spine and how to stabilize it.

The video above illustrates what an unsteady Chaturanga looks like, followed by instructions for perfecting your transition from Plank to Chaturanga Dandasana and Yogi Push-Ups.

How did it go? Did the visual help? We would love to know, and feel free to ask any questions in the comments below!