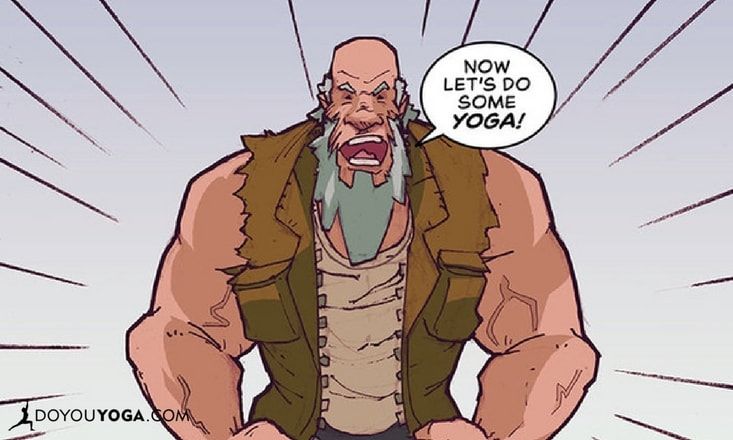 It’s not often you see the words yoga and comic book in the same sentence. But that’s about to change—thanks to Yoga Joe, a new superhero based on the Yoga Joe toys created by Dan Abramson to put a peaceful spin on GI Joes.

Yoga Joe doesn’t fly or wear a cape, nor does he drive a Batmobile. Instead, our hero takes down bad guys using his amazing yoga skills and his training as a former US Marine. And if you ask us, that’s even cooler.

From Toys to Superheroes 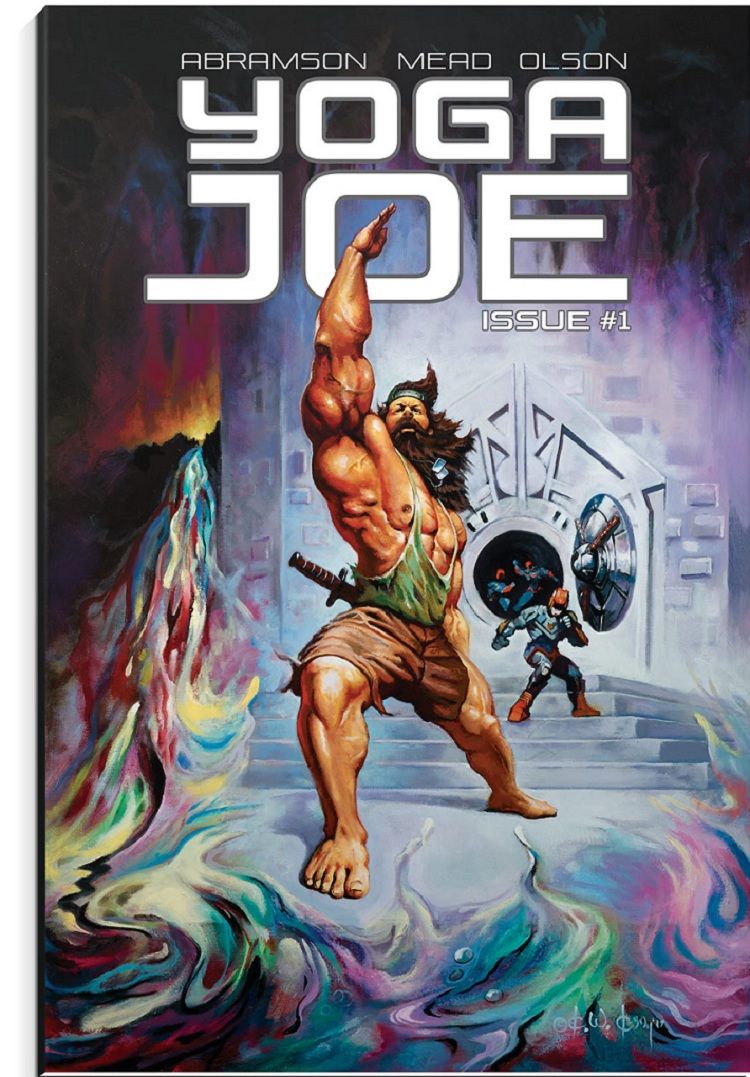 Yoga Joe’s journey toward becoming a comic book hero began several years ago when Dan Abramson created the toys to inspire children and adults alike to try yoga. But the toys did more than that—they also resonated deeply with yoga-practicing veterans worldwide who saw themselves in those little green soldiers.

After creating the Yoga Joe toys, Abramson said, “I met real Veterans over email who have real problems with PTSD, and were trying to push for more yoga in their communities…And they were just begging for more story!” 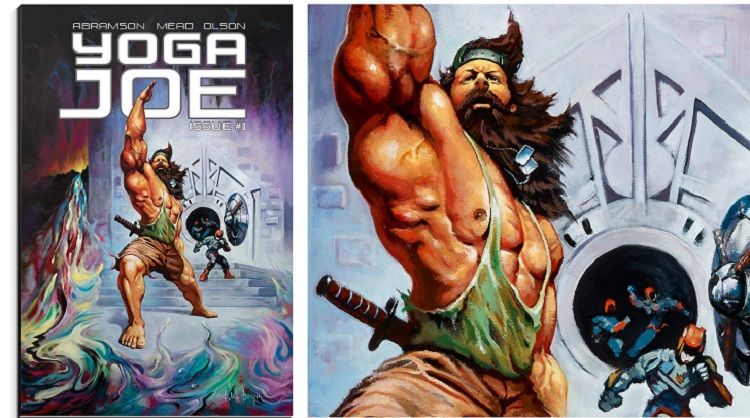 And so our new superhero, Yoga Joe, was born. Co-created by Abramson and Chris Mead, and illustrated by PK Olson, the first issue of Yoga Joe tells his origin story, where he goes from a wandering ex-Marine to a yogi superhero accompanied by an incredible team of veteran friends. 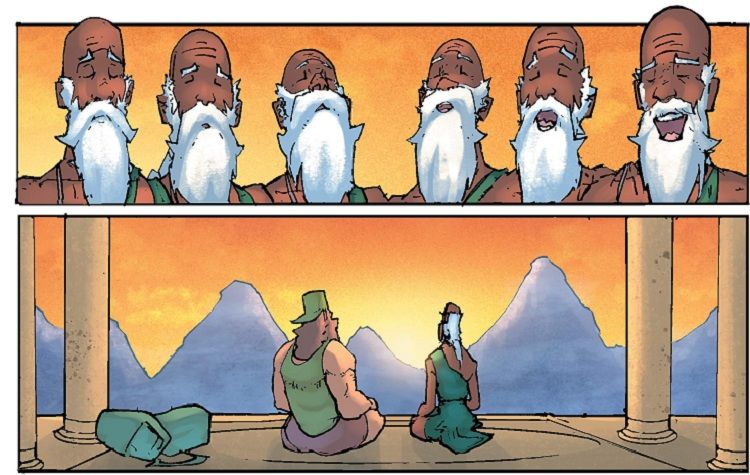 Together, they fight the evil Red Panda Corporation bent on mining Vortanium from the sacred vortex where Joe and his friends practice yoga with their guru, Jogi. The team uses their yoga skills to dodge lasers, commandeer giant robots, and much more. 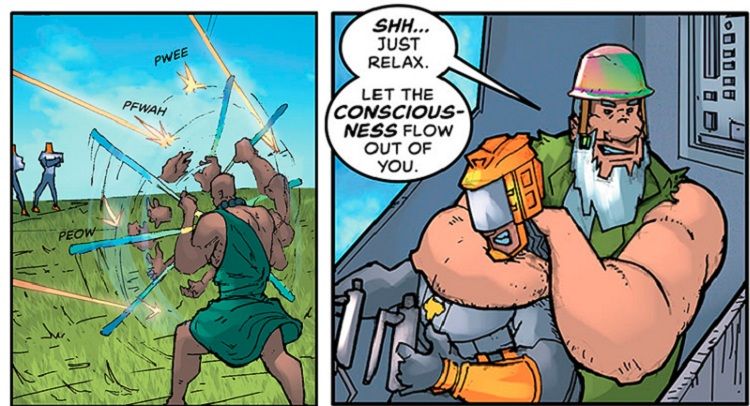 Their sense of humor and commitment to fun definitely shows. From Olson’s quirky art style to all the cracking and popping in the “gratuitous yoga scene” (pictured above), as Abramson calls it, this comic is a joy to read.

And since it was developed with help from real-life yogi hero Judy Weaver from Connected Warriors, a non-profit that offers free yoga to veterans, you might just pick up some inspiration for your own practice!

Issue #1 of Yoga Joe went on sale in November. You can buy it from the Yoga Joes website here, or on Amazon. Don’t forget to tag a veteran, and keep an eye out for the next installment!