Abramson describes the figurines as a way to inspire people to do yoga; specifically, people you might associate with GI Joes but not necessarily with yoga, such as kids, dudes, and veterans. Abramson writes that he wants to get kids acquainted with the practice from a young age by incorporating yoga poses into a toy, as well as celebrate the “focus and discipline” of military members.

“I made Yoga Joes because I thought it would be a fun way to get people more into yoga,” says Abramson on the Kickstarter page. “Beyond that, I wanted to make a violent toy become peaceful.” 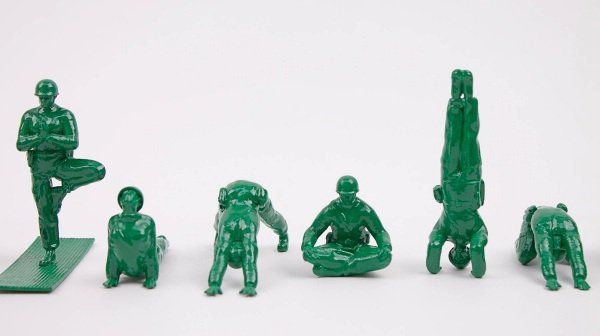 Each Joe features a different position: Downward Facing Dog, Warrior II, Cobra, Child’s Pose, Easy Pose or Sukhasana, and a headstand (the Yoga Joe doing a headstand actually stands up vertically on his head, which is pretty awesome). 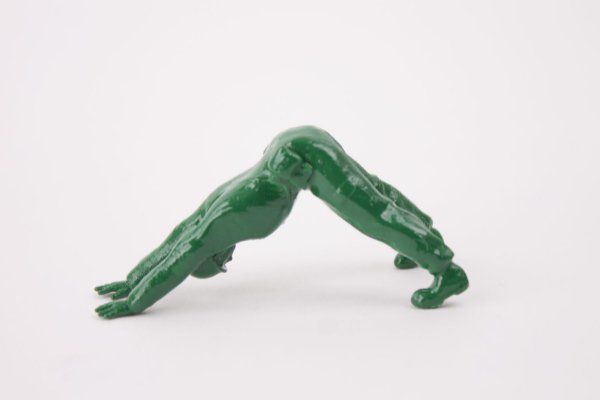 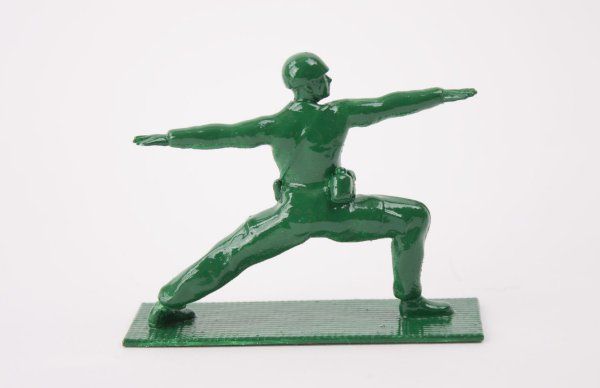 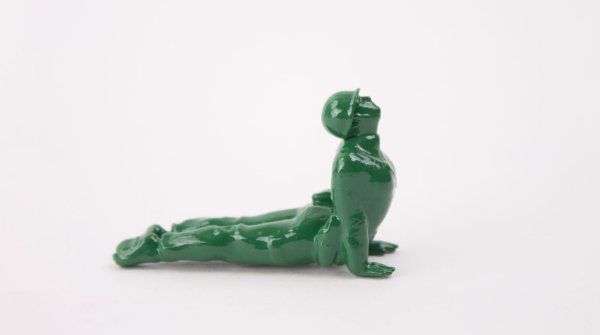 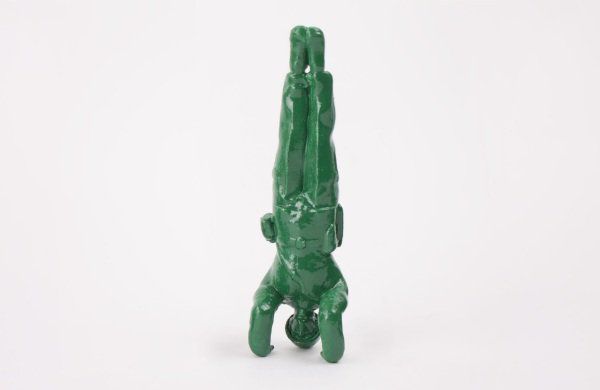 Possible future poses are Warrior One, Crow, and Tree. The poses are adorably accurate, making the 1940s-style Army men decidedly more 21st century; some of them even have little plastic yoga mats. 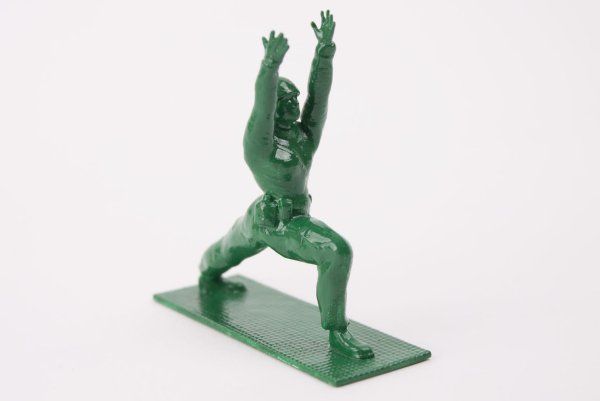 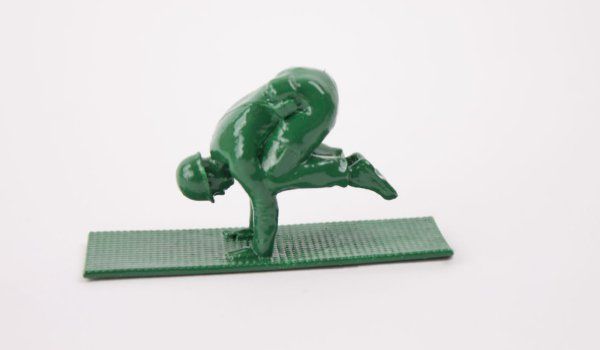 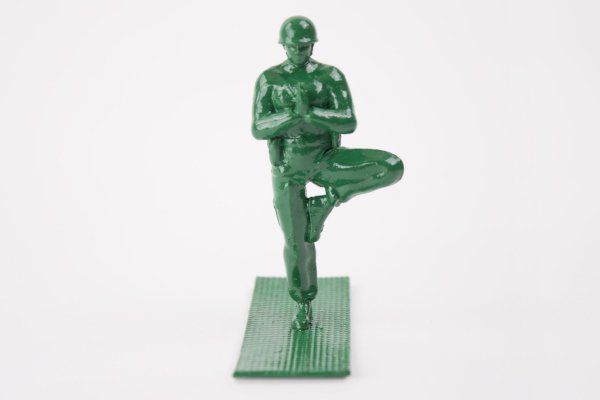 Abramson made the original little green men himself using 3-D design software. If his fundraising goal of $40,000 is met by early October, however, Yoga Joes will be made en masse using metal molds and plastic injection.

The toys are intended for yoga fans and Army fans alike, not to mention people who just think they’re cool and/or funny. This also (maybe inadvertently) brings a good cause to the forefront, which is yoga as a beneficial practice for both veterans and non-veterans with PTSD.

The Kickstarter campaign runs through October 10, you can check it out here.