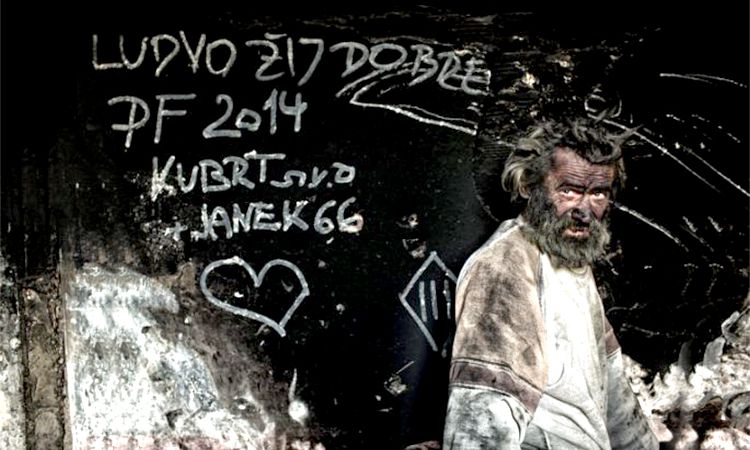 Ludvik Dolezal has recently made headlines for being “the dirtiest man in Europe.” But is his dirty lifestyle actually a form of Saucha, or cleanliness, advocated by the second of the Eight Limbs of Yoga?

At 58 years old, Dolezal used to be like anyone else, with a home and a job and a lot of things he didn’t need. Now he lives in in an empty farmhouse in the Czech Republic town of Novy Bydzov with no access to a shower or other hygiene facilities.

But this isn’t what makes him Europe’s dirtiest man. He’s earned his moniker due to the fact that he sleeps every night in a bed of ashes—ashes that are all that’s left of his personal possessions.

Dolezal quit his job over a year ago and has since burned his possessions, one by one. At one point, he had a mattress, extra clothes, boots, and even a comforter in the abandoned farmhouse. He’s burned them all, and now depends on a small fire and a pile of ashes to keep warm in the cold Czech nights.

Now totally possession-less, he relies on a small food stipend from the government and the kindness of strangers, who bring him old tires to burn to keep warm. No one knows his exact motivations for choosing to live this way, and many have speculated that his fixation on fire and ash is a psychological disorder.

What Does This Have to Do With Yoga?

Dolezal living in ashes may have something to do with Saucha. As a student of the Eight Limbs of Yoga, it’s difficult to see his self-imposed asceticism without thinking of the ancient yogis who denied their worldly needs and lived without possessions in order to loosen their bonds with the material world and speed up their paths to Enlightenment.

The Eight Limbs of Yoga form a guideline on how to live a meaningful, fulfilling life. The second Limb, Niyama, teaches self-discipline through five principles: Samtosa (contentment); Tapas (spiritual austerities); Svadhyaya (the study of sacred scriptures or one’s self); Isvara pranidhana (surrender to God); and Saucha (cleanliness). Though Dolezal is certainly not ‘cleanly’ by any physical standards, he may be practicing Saucha in an unexpected form.

Our Understanding of Saucha

The translation of “Saucha” to “cleanliness” is inexact, and adhering to Saucha has been interpreted as everything from keeping your yoga space orderly to reducing pollution in the environment.

A closer translation may be “purity”—keeping one’s thoughts and energies pure and focused. With his abstinence from the material excesses of modern life and his ritualistic fixation on keeping his fire alight, Dolezal seems to be doing just that.

Regardless of his intentions, it’s clear that Dolezal has found peace in being Europe’s “Dirtiest man.” He acknowledges that he looks frightening—some say like a devil from Czech folklore—“but people help me,” he says. And that, along with his pile of ashes, seems to be all he needs.

Here’s a Czech documentary on Ludvik and his life of fire and ashes: