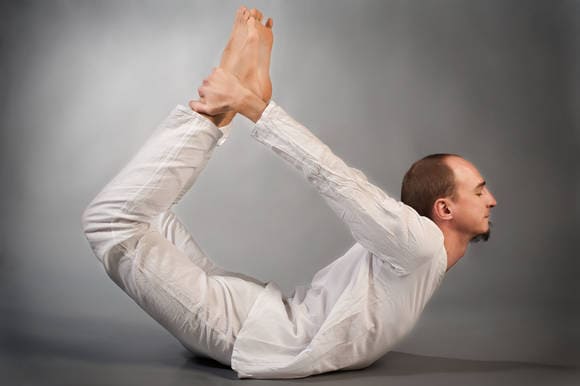 The Jivamukti style of yoga aims to attune the students’ body, mind, and spirit to their sense of self, the other, and the divine. Jivamukti, or “liberation while living,” yoga was created and developed by Sharon Gannon and David Life, and has been in practice for over 20 years. Gannon and Life are among the most well-known advocates of yoga, and have worldwide studios and centers that cater even to celebrities.

Who Can Do Jivamukti Yoga

Anyone with a healthy sense of curiosity and appreciation for the yogic tradition can do Jivamukti yoga. This style of yoga is especially recommended for those who don’t want to stick to the more physically focused styles, and want to explore the meditational and spiritual aspects as well. In short, Jivamukti is one style of yoga worth checking out if you want an all-encompassing experience without having to fly off to an ashram in India.

This style of yoga makes it easier for Western students, and yoga newbies in general, to learn the spiritual aspects of this ancient practice, in addition to learning to do Jivamukti yoga poses. It goes beyond the typical fitness-based approach and goes well into the philosophy, scripture, and tradition of yoga – thus making it a favorite among yoga enthusiasts with traditionalist inclinations.

So not only do you get to learn the basic poses and tone your body, you will also learn about the scripture and techniques that lead to a relaxed mind and soul and ultimately, a sense of enlightenment.

Jivamukti classes typically follow the same basic foundation that reflects the practice’s five tenets: ahimsa or non-violence, bhakti or religious devotion, meditation, traditional scripture, and nada yoga or the yoga of sound. Jivamukti also upholds some of the traditional beliefs and aspects tied with yogic practice, which includes vegetarianism or ahimsa.