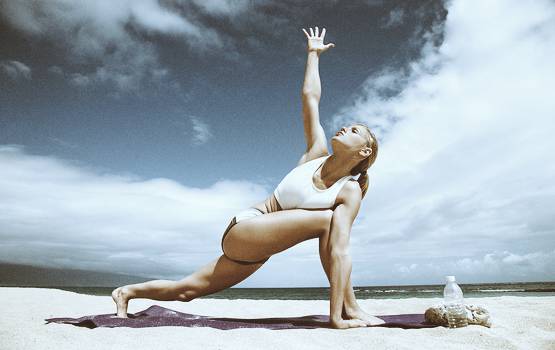 Iyengar is one of the many derivative styles of Hatha Yoga, and was named after its creator and founder, B. K. S. Iyengar. This style of yoga is popularly called "furniture yoga" because its practice incorporates the use of accessories like yoga blocks, blankets, and straps. The focus of this type of yoga is on alignment, so there's a strict observance of the position of the spine, shoulders, hips, and feet in a variation of postures.

Who Can Do Iyengar Yoga

Iyengar Yoga can be done by anyone, because the poses or asanas are made slightly easier to perform — thanks to the props and accessories. Make no mistake though, that doesn't mean Iyengar Yoga can't make you break a sweat. The use of accessories in this style of yoga is not so much to lessen the difficulty of doing certain Iyengar Yoga poses, but rather to increase the accuracy with which students perform the different poses and postures.

Iyengar yoga is all about correcting and maintaining the proper alignment of the body, so one of its highlight benefits is correcting and improving one's posture. Iyengar can also help you tone your muscles because its focus on body angle an alignment makes sure that the poses engage all the muscle groups. Iyengar Yoga also works as a great stress reliever for those who are undergoing or have undergone physical therapy.

What You Should Know

Like with other styles of yoga, you will also learn the basic poses and postures in Iyengar – except you do so with the use of props and accessories. You will learn bending poses like the Seated Forward Bend (Paschimottanasana) and Camel Pose (Ustrasana), as well as inversions and twisting poses like the Seated Spinal Twist (Ardha Matsyendrasana), also known as the Half Lord of the Fishes Pose. Since the focus is on alignment, Iyengar teachers will take the time to make sure that you are doing all of the poses correctly, and that all parts of the body are engaged in a way that will maximize the full benefits that you can get from each pose.

Iyengar is a good starting point to doing yoga for those who may have reservations about doing yoga poses because of sensitive physical conditions like back and spinal problems. It is recommended for those who pay attention to body angles and alignment, the elderly, and those who want to earn the basics of yoga but also do the more complex poses without months or years of yoga experience.