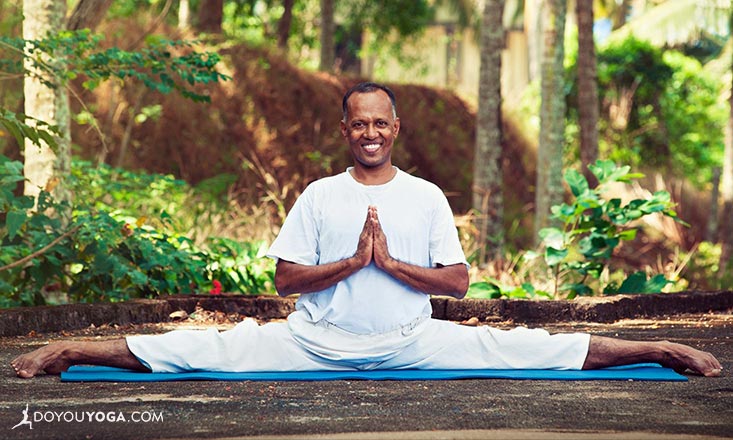 The debate within the yoga community about whether or not you can copyright yoga poses and sequences is an interesting one, which came to the forefront when Bikram Choudhury, founder and namesake of Bikram yoga, attempted to copyright his trademark sequence in 2012.

The United States Copyright Office rejected Bikram’s claims, but he continues to pursue this line of action.

But what about when yoga asanas are a distinct part of your cultural heritage? Is there a way to protect them from being “misused” by other institutions? Well this is exactly what the Indian government is trying to protect.

With the growing popularity of yoga in the West, the Indian government fears that Multi-National Corporations or individuals will try copyrighting yoga postures which have been around for thousands of years. The government has shortlisted 1,500 asanas to be included in a database called the Traditional Knowledge Digital Library (TKDL).

This digital library consists of videos of asanas and yogic techniques, so that not only are the techniques preserved, but also are documented so they cannot be claimed by other individuals looking to copyright them.

So far, about 250 asanas have been preserved in the digital library. The full 1500 are expected to be up within the next few months. “Once that happens, any attempt to claim patent on the Indian yoga techniques practiced since ancient times can be thwarted,” said Archana Sharma, head of the TKDL, according to The Indian Express.

Yoga, Ayurveda, and Other Healing and Wellness Techniques

Since 2009, the TKDL has thwarted about 200 claims by referring to their patented status.

“Every time when any individual or any MNC [!multi-national!] files for patent, the major patent offices refer to the TKDL base. On our part, a team is constantly monitoring the patents that are being filed. So, we also file pre-grant opposition. There have been cases when the patent applications were cross-checked with the TKDL database and queries were raised. Following that the applicants withdrew their claims,” Sharma explained.

What do you think? Is it a good idea to patent yoga asanas in order to protect them? Let us know what you think in the comments below!