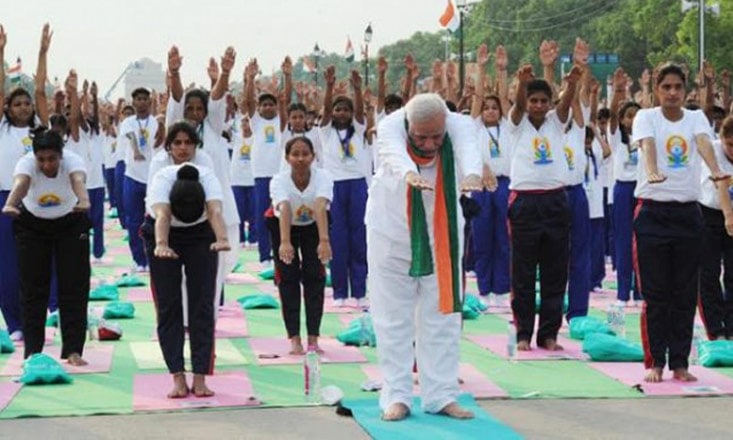 Love yoga so much and practice it so often you think you should have a PhD to show for it? Well, now you can.

At least, you can if you live in or are planning to travel to India.

Every year, thousands of yogis from all over the world travel to India to take part in yoga tours, stay in ashrams, and participate in yoga retreats. The widespread popularity of yoga has transformed its birthplace into one of the world’s fastest-growing wellness tourism destinations. India’s Prime Minister Narendra Modi wants to take it a step further, inviting Indian universities to offer courses in yoga studies as part of a global push to further popularize the ancient practice.

India already has several yoga schools. However, PM Modi’s plan is to integrate yoga into mainstream education by having Indian universities create or revamp special yoga departments where students, local and foreign, can study yoga.

Six central Indian universities will soon have their own yoga departments. At least 14 more will be offering yoga studies courses to students within the year. H R Nagendra, PM Modi’s yoga guru, suggested that universities should offer students numerous options, from certificate courses to diploma and post-graduate yoga courses.

One school, Barkatullah University in Bhopal, got a pleasant surprise during enrollment season: Nearly all of the seats at four yoga courses were filled during the first phase of admission. Despite not having been advertised, its yoga department got the most number of applications, beating out commerce, humanities, and some science courses in terms of student popularity.

PM Modi is on a mission to integrate yoga and meditation into daily life. The yoga-loving world leader was responsible for the creation of the International Day of Yoga, via a United Nations (U.N.) resolution. He has also pushed for the addition of yoga therapy  into Indian hospitals and community medical centers, calling yoga “health assurance” and citing its scientifically-backed health benefits.

Would you consider traveling to India to earn a yoga degree? Share your thoughts with us in the comments!