How Yoga Helped Me Through My Road to Recovery 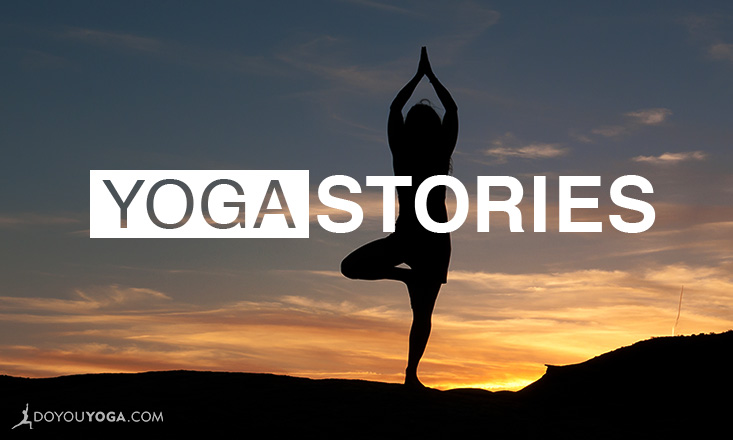 There´s an expression saying “you don’t know what you have, until its gone”. I never really related to that saying myself. Until that one time, when I was fifteen, struggling with eating disorders, and my mum forced me to go to a yoga class.

Now, don’t get me wrong: I was totally aware of the fact that I was struggling with eating disorders and other mental illnesses of all kind. But at the same time, I never really, and fully wanted to believe that something was actually wrong.

To believe in that, I would have to admit that I had lived my whole life trapped in my own mind. I would admit the fact that I was in love with the thought of what life had to give, rather than actually living life – and I could never do that.

Until again, that first time when I was in a yoga class. I was completely stunned by the way the instructor moved and calmly explained how to do Sun Salutations and yoga poses. It felt like I didn’t even have time to criticize myself and I could just finally let my old, often negative, thoughts go.

But at the same time, I also realized that if this was what good felt like, how did I really live my life?

At this point, I had for the first time in my life actually realized that something was wrong.

If life could be that free as on the yoga mat, I had to let go of what once gave me the illusions of happiness.~Amanda Arrfors

Shit. I had to let go of my security, like trying to let go of (at least what I thought was) a manual on “how to live life.” I had to make a change in the rules that I once had written to myself. Though I was only fifteen, I had to let go of the thought of that the mental illnesses was my savior and security – it felt like letting go of everything that had once been me.

Yoga had made me realize, that I actually was – and had always been – struggling. This was an amazing realization, but at the same time it forced me out of my comfort zone, and now I just had to make a change.

Yoga finally became my cure. The doctors had always told me that it was impossible to find a “magical cure” to the illnesses I had – but oh boy they were wrong. I had for sure had a struggle trying to find myself in the long journey and path that yoga led me through, but at the same time, I sometimes highly doubt that the cure would be so close that it became when I started to do yoga.

“You don’t know what you have until its gone” was really a true saying for me.I had finally realized that I was struggling – because finally the sadness was gone, and the happiness and love took part.

How Yoga Helped Me Through Recovery

Through the titles of my text I will try to lead you through the beginning of a recovery – with yoga as a tool. Disclaimer: I am no professional. Just a seventeen-year-old trying to share her tips to the amazing yoga community.

The first thing you need to do, is really admitting to yourself that you are struggling. You do not owe anyone else an explanation as much as you need to understand what you are going, or have gone, through.

The denial is a way of filling your soul with emptiness that is taking up all of the space were love could have rushed in. By starting slowly through meditation and mantra, you can admit to yourself what is actually going on, and from there, make room to let love and understanding for yourself become part of your life.

Example: Make a mantra and repeat it to yourself while sitting in a comfortable position with closed eyes. “I am enough” or “I will make it to happiness” were two mantras I often used during my recovery.

During this period, it is incredible important to have help from loved ones or even professionals. There will be moments of doubt where you'll truly need encouragements to make it through and not give up.

Yin yoga is an amazing tool to give yourself a break from spending a lot of time thinking about what and what not to do, and just give yourself some time to not think. There will be days where it will be harder to use these kinds of tools. Be patient with yourself, and remember that love is a door that just needs to be opened.

Example: Take a lot of pillows, and make it comfortable. Sit or lay in a position that feels good for you, and just breathe. Try to let go of every thought as if it was a balloon leaving to the sky.

At the end of a recovery (that can take some time), it’s important to finally let go of what once hurt you. Fighting mental illnesses is a tough journey and while it is more than possible to be free from the haunting thoughts, it’s important to also be aware that sometimes they can creep from nowhere – when you are stressed or just having a bad day.

Try to use the tips once in a while, and practice some yoga at least one or two times a week to give your mind a little break and become more conscious of what is going on in your life. You can make it.