How to Do Warrior I Pose 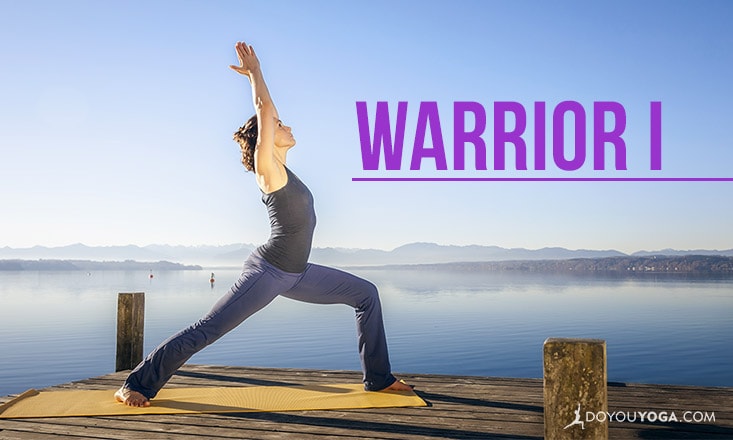 Yoga is paved with battles that we must transcend in order to fully achieve spiritual freedom. I used to see Warrior One as merely a symbol of strength and focus to carry on through the most challenging moments of the practice, teaching me how to call upon those qualities during life’s trying times.

While all of that is true and certainly helpful, understanding the legend and history of this pose will enrich your daily yoga practice, help you fine tune your physical execution of it, and ultimately ease you further down your path towards liberation.

Invoking Virabhadra: The Myth of the Yogic Hero

Sati, the wife of Shiva, crashed a party hosted by her father—the powerful, influential and hot-tempered priest named Daksha. Upon her arrival, Daksha became enraged and started an argument with Sati that ended in her suicide.

When Shiva learned of the loss of his wife, his emotions took hold of him and he ripped a lock of hair from his head and stomped it into the ground. This action invoked Virabhadra (translated as Heroic Friend) and brought him into existence to seek revenge on Daksha and all who attended the party that led to Sati’s untimely death.

In Warrior I, Virabhadra emerges with two swords in his hands preparing to defend his leader. Armed with the unshakeable courage to fight if necessary, a sense of selfless service, and an unconditional loyalty to the will of Shiva, Virabhadra represents what it means to live and breathe purpose in complete trust and free from distraction.

To warm up for this asana, make sure to stretch the hips and hamstrings with a few low lunges and downward dogs.

If you suffer from knee pain or lower back pain, start off with a Crescent lunge with both feet facing forward until you feel strong in the quadriceps, stable in the hips and have the ability to stand tall without hunching forward or excessively arching the back.

Yoga is not practiced nor taught as a form of martial arts to teach you how to fight. However, like martial arts, yoga trains you to have discernment and to know yourself through self-observation, awareness and compassion.

Regardless of whether the battles you confront are internal or if you feel you're forced to take on the whole world, Warrior One teaches you to embody the dharma of Virabhadra and know your purpose. Act only from your truest intention and remember that even amidst conflict, the real goal is only that of peace.

May your yoga lead you only towards this path of peace, harmony and love.