How to Do Bharadvajasana I and II 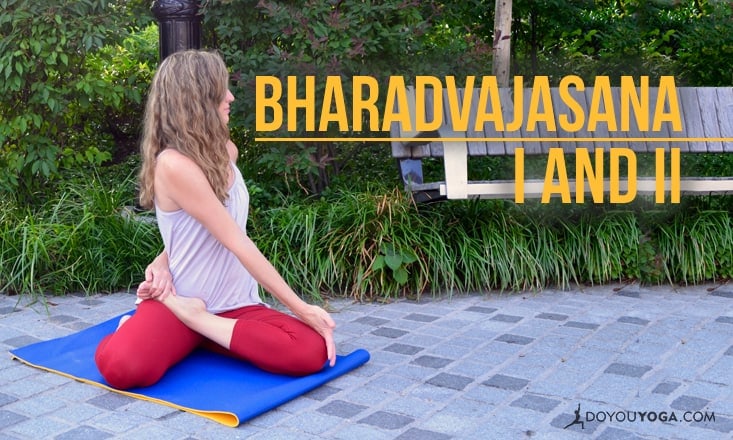 Named after one of the seven great Hindu sages (Bharadvaja), Bharadvajasana is a seated twist appearing in Iyengar and Ashtanga styles of yoga. Bharadvaja translates from Sanskrit to mean “bringing about nourishment”— and the suitably dedicated pose is considered nourishing to the spine and internal organs.

The intermediate posture, Bharadvajasana II, combines Half Hero Pose, Half Lotus Pose, and a bind to create a visually and physically satisfying twist.

Bharadvajasana I and II share the positive benefits of toning the core, stretching and strengthening the spinal muscles, increasing shoulder flexibility, and improving digestion. In addition, the lower half of the body gains flexibility and releases tension through the hip-opening aspects of the pose.

How to Do Bharadvajasana I 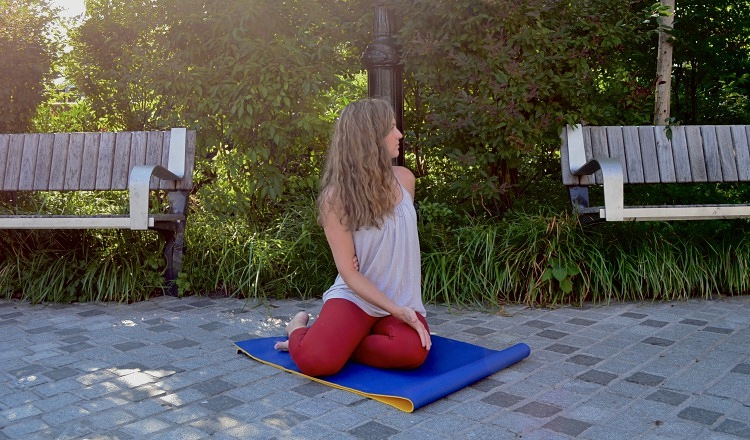 How to Do Bharadvajasana II

Again, begin in Staff Pose, seated with both legs extended and elongate through the spine. 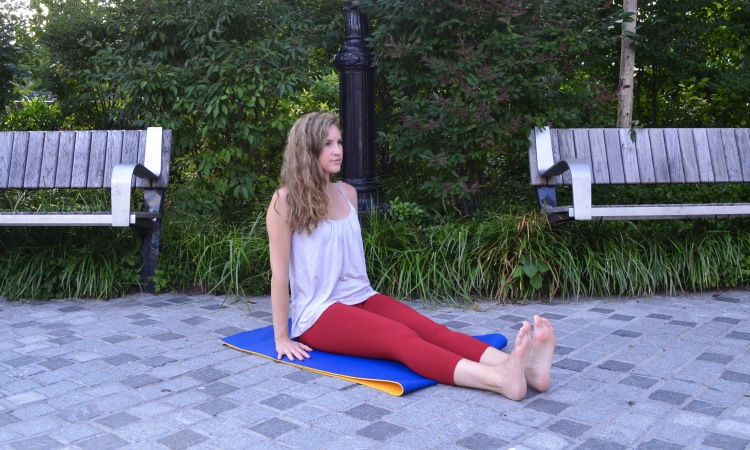 Next, bring the left leg into Half Lotus Pose. To do this, bend the left knee and situate the blade of the left foot to rest on the right hip crease. Relax the hips, allowing the knee to settle toward the ground. 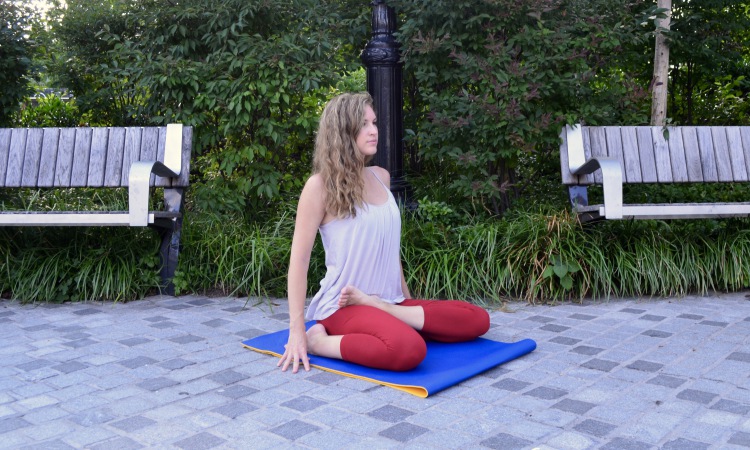 Inhale and elongate through the spine. Then exhale and begin to wrap the left arm around the back until the fingers reach the left foot for a bind. Inhale, lengthening again before twisting to the left on the exhale. Extend the right arm to the left, placing the back of the right hand to top of the left knee. (Advanced Option: Tuck the right fingers underneath the grounded left knee.) Gaze to the left. 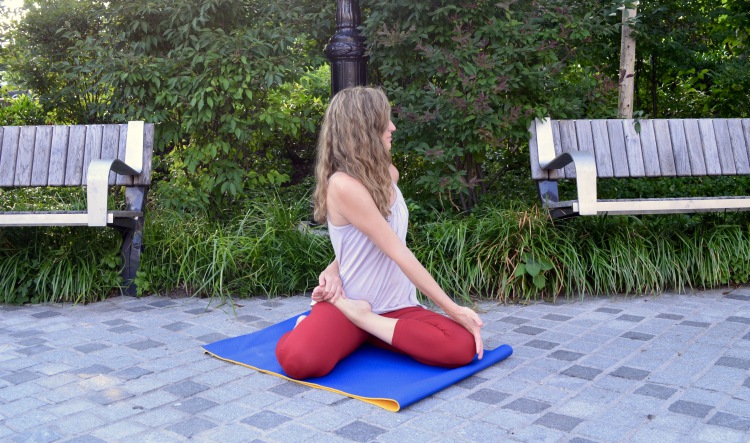 Settle into Bharadvajasana I and II with 8-10 deep rounds of ujjayi breath. Work backwards to come out of the twists and then repeat on the opposite side.

Use a prop such as a block or blanket under your seat if you find Bharadvajasana too challenging to enter. Allowing the knees to fall below the hips will alleviate the pressure in the knees and hips, making the twist more attainable.

Bharadvajasana can place strain on the body, so proceed with caution if suffering from knee, hip, or spinal issues. In addition, utilize mindfulness when entering, sustaining, and exiting both poses as the body is in a vulnerable position with the placement of the legs and the twisting element. A less common seated twist, Bharadvajasana provides a fresh and unique twist on your standard repertoire. Legend has it that Bharadvaja spent his entire life studying Vedic texts, always striving to learn more before finally turning to teach the ways of life to the masses. Likewise, the delicate progression of the pose Bharadvajasana can teach us patience and dedication (both on and off the mat!).