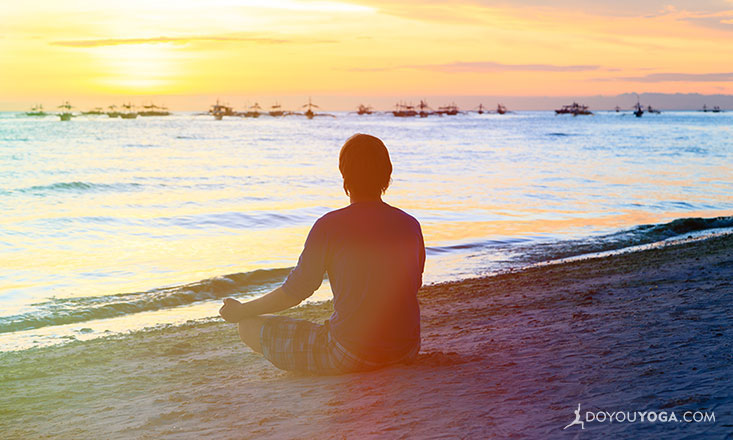 I’ve done a lot of drugs in my life. I started drinking when I was eleven when my best friend and I would have a glass of wine in the bubble bath. I think I watched a little too much Dynasty as a kid.

I then started smoking pot at fourteen and soon after was going to raves where I tried ecstasy and acid. I even did crystal meth which, by far, was the worst come down I’ve ever experienced, although my room was SUPER clean afterwards.

I spent my 20’s smoking pot, occasionally doing cocaine, and drinking absurd amounts of alcohol. Even though by no means was this healthy behavior, I was also lucky. Despite abusing substances which undoubtedly affecting my life negatively, I wasn’t an addict. When I was twenty-nine I did a ten day silent meditation retreat and left it all behind.

Not everyone can experiment with that lifestyle and come out relatively unscathed. It’s not just exposure to drugs that makes you an addict, but how deep the hole in your soul is that you’re desperately trying to fill.

My life was not perfect, and I was obviously running from something with my behavior. There were emotions I didn’t want to uncover and parts of myself I didn’t want to face. Yet whatever motivated me to run from myself and into the arms of opiates/stimulants/champagne, I was still able to eventually realize that dealing with myself would lead to a happier life than denying the truth of who I was.

I know I am not alone with the impulse to escape. Twenty-three million Americans are addicted to drugs and alcohol, and a fifth of Americans take psychiatric drugs.

There is a culture of suppression in this country. Even the medical establishment is involved in the ethos that feelings are not meant to be felt. Yet the problem with this strategy, whether you are self-medicating with crack or your doctor prescribes you Klonopin, is that emotions are an incredibly important source of information.

If you are feeling depressed or anxious about your life, it might be because your higher-self is telling you, “hey, maybe you should make some different life choices.”

Of course that’s not always easy. Maybe you’re in a marriage that you don’t want to be in, have a job that’s sucking your will to live, problems with your family you don’t know how to address, stress about an unknown future, or there’s something in your past that hasn’t healed. There are a variety of reasons why we feel uncomfortable in life, yet if we don’t allow ourselves to actually feel the sensations associated with these problems, we won’t take action to change them.

Feelings are guides to force us to look at our life decisions and make better ones. ~Toni Nagy

But changing your life is hard! And scary! And there is no road map. So rather than listening to our feelings, we tell them to shut up and push them deeper into our beings with benzos.

Although of course there are cases where people are in dire situations; they may be suicidal, or their brain chemistry is beyond their control. But many people who have come to rely on drugs to get through the day, either legal or not, would have an infinitely better existence without them. They just have to go through the incredibly hard work of dealing with the trauma that is at the root of the addiction.

This is not easily done. Find me an addict who isn’t trying to cover up serious intense pain, and I will find you a unicorn that farts fairies. People don’t give their lives away to drugs because they are feeling good and well adjusted. They are suffering deeply and trying to do anything to not have to sit with anguish in their hearts.

The thing about the yogic path is that it teaches you the tools to sit with discomfort in a profound way. I have had a few anxiety attacks recently, and where they once felt like death, I can now turn to my breath and have some influence over an overwhelming situation.

Even though in the moment I feel scared, I can also know that soon it will pass. My body may be shaking uncontrollably, and I may only be able to catch one out of every four breaths, but I can feel strangely calm in the midst of the chaos. I have the foresight of knowing it’s going to end.

The more I truly accept my feelings, the less they control me. I don’t try to fight them anymore, but instead, I see them as teachers. I don’t always want to listen, but they are wise, and my emotions deserve to be heard.