How I Got My Friends Into Yoga 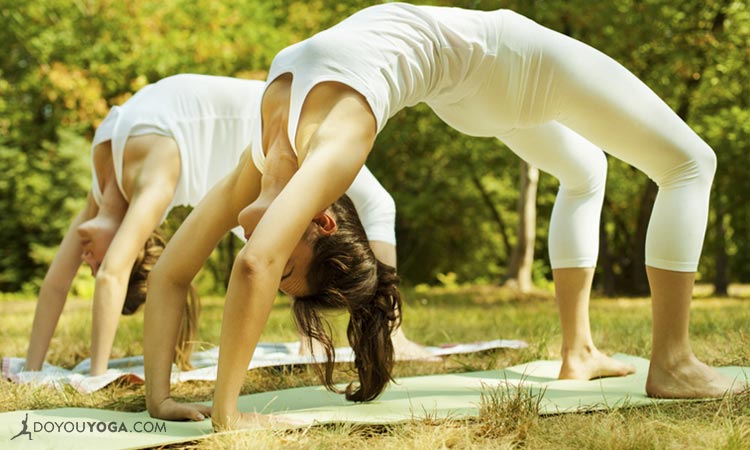 We’ve all experienced some level of judgment at various times through our yoga journey. Most of my friends thought that I had turned into some sort of a hippie flower child, teasing me in a friendly way when I first started practicing. But that lack of support didn’t stop me.

My friends started to take note of all of the remarkable life-changing benefits yoga was providing me and I realized that they had only previously been intimidated. It’s common knowledge that yoga goes far beyond an exercise for the body, and I wanted my friends to experience those mind-enhancing benefits, so I didn’t give up.

After numerous failed attempts to try and get my friends into yoga, I realized that I needed to simplify the idea of the practice. I knew that I had to ease them in slowly. When each one of my girlfriends came to me with a problem such as stress, weight gain or lack of time for exercise, I recommended the following 3 steps:

1. Place a yoga mat in front of the television.

All of my busy, stressed out friends seem to have the time to watch the latest reality television show, but when it came to doing something healthy for themselves, there was never a minute to spare.

Since I couldn’t sway them away from what had become their nightly routine at first, I asked each one of them to lay out a yoga mat on the floor in front of their televisions and just look at it while they watched television for a week.

2. Get on the yoga mat in any capacity.

Even if it is for only a few minutes, getting on the yoga mat and moving in any way is a step in the right direction.

My friends had no idea that connecting with their bodies through deliberate movement could make them feel renewed mentally and physically. I was sure that this feeling would get them hooked and it did. All of my girlfriends spent the next week trying different types of yoga poses and moving their bodies a little bit more each day.

Now that the mat was in place and their bodies were in motion, it was now time to engage the mind through a true at-home yoga practice.

The deal that I made with my friends was to replace just 30-minutes of electronics with a 30-minute yoga DVD. I recommended my favorites and they all bought different ones so that they could trade them and get a feel for different types of yoga.

Since then, we’ve never looked back! Although they may not be able to do every pose perfectly or practice as often as they intend, my friends are into yoga now and appreciate everything it has to offer. Another bonus: it’s also nice that we all now share one more thing in common.