The Heartbreaking Reasons We Need Kids Yoga In Schools 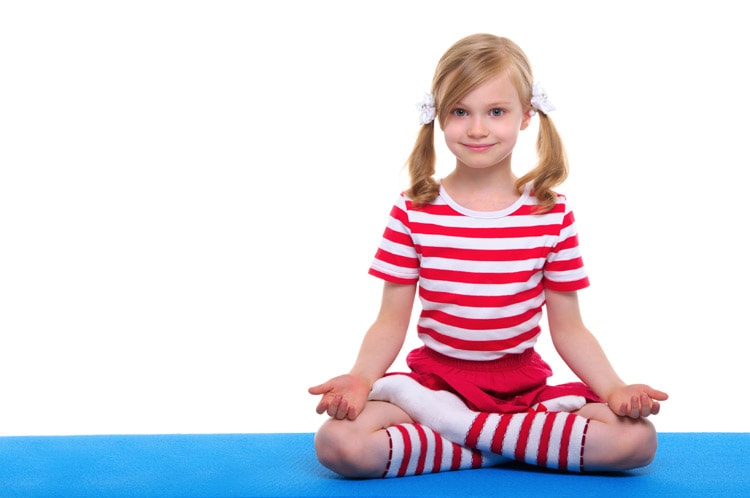 It’s no secret that being a kid in school isn’t what it used to be. There’s an increased emphasis on academics and testing in school, and stress levels in kids are the highest yet. Studies show that suicide rates in youth under the age of 15 have quadrupled, and overall creative aptitude is declining year after year since 1985.

Life is further complicated for many minority students, who are disproportionately suspended than the rest of the student body. Black males are three times more likely to be suspended than their white counterparts, and one in five minority girls with disabilities receive an out-of-school suspension — the most likely of all students.

What Can We Do?

Could these statistics be reversed with just a little movement? Many believe so. Structured play, or play with purpose, has been proven to increase participation and interest in school, decrease bullying, improve academics, and foster an overall better environment. And the concept of play – active movement, positive collaboration, reflection and expression – can inherently be found in children’s yoga.

Between the poses and wiggles to sharing and giggles, children’s yoga is built upon principles of play, and naturally incorporate healthy habits and behaviors with the power to transform any group of students.

Why Yoga Can Help

Using yoga to reach these demographics in their communities is a low-cost, accessible and effective method of fostering a more creative and healthy generation of students for years to come.

As a volunteer instructor in NYC public schools, I’ve been able to witness the impact of these programs firsthand on students, and watch them flourish in a non-judgmental environment that helps them explore who they are, physically and mentally, and realizing the power they have to make a difference in their own lives.

We need to look beyond the stereotypical depiction of yoga and apply it in a way that makes impact, not just money. I urge you to explore non-profits that are making a difference in your community and see how you can support.