Exploring The Benefits Of Laughter Yoga 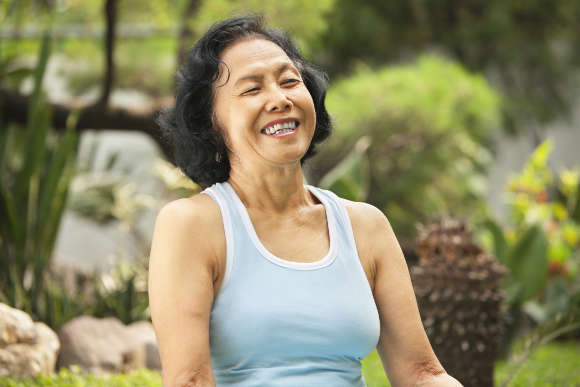 A young practice that originated in India in 1995, laughter yoga is practice that combines laughter with traditional yogic breathing. Aside from breathing, laughter yoga is also performed while doing a number of poses on a yoga mat. The practice is believed to offer a number of health benefits, aside from being a fun and amusing thing to do with just about anyone. With the many health benefits it has purportedly given its proponents, it is no wonder that the movement has quickly made its way to the West.

Laughter yoga provides a number of physiological benefits, such as lowered levels of cortisol and epinephrine, hormones that are associated with stress. Lowered stress levels means that the body’s defenses against colds and other infections are strengthened and better able to withstand viral or bacterial attacks. Laughter also increases a person’s tolerance to pain, allowing people who suffer from chronic pain to attain a higher level of comfort, without the need for medications. The benefits of this form of yoga also extend to mood and emotional states. People who joined laughter clubs often report increased levels of energy as well as improved emotional states.

Laughter yoga has become more and more popular due to various media coverage that the movement has received. It has been featured in such publications as TIME magazine, Newsweek, and even Oprah. The movement has become popular in big cities, with dozens of people signing up for 30-minute laughter yoga classes.

Laughter is known to offer various benefits such as reduced stress levels and better resistance to viral and bacterial infections. Aside from being a fun exercise, laughter produces the same healing effects on the body as some potent medications. Laughter yoga also heals the mind as it heals the body. People who laugh more often tend to benefit from the sense of calm and contentment that you cannot get from any other activity.