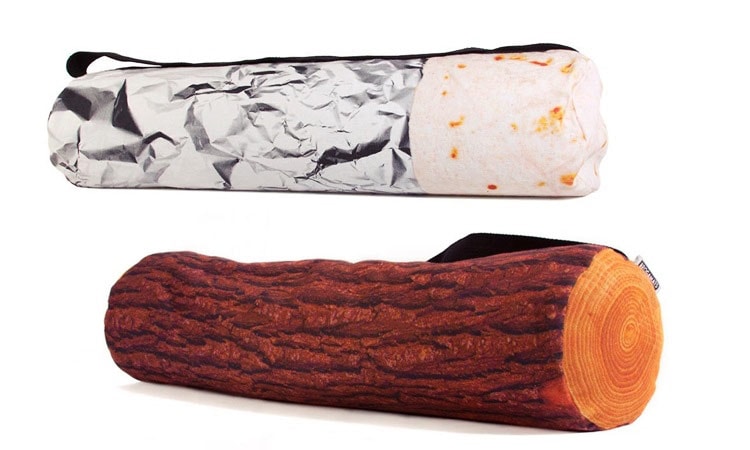 Compared to yoginis, male yogis have relatively less options of bags to carry their yoga mats in. Sure, you’ll find bags in solid black, blue, or navy colors, but for Dan Abramson, this lack of trendy choices for “manly” yoga bags inspired him to create Brogamats.

San Francisco-based Abramson was introduced to the practice of yoga to recover from a back injury. He noticed that oftentimes, he is just one of the few men attending their Vinyasa Flow classes. It seemed to him that the modern practitioners of yoga were largely women.

With the goal of breaking the social (gender) stigma, he started Brogamats in 2013. He started creating a range of yoga mats but later shifted to yoga bags after realizing the cost and complexity of producing the mats. His first concept of the yoga bag was of a quiver of arrows. After its huge success, he began working on more yoga bag designs.

However, it was with their Burrito yoga bag design that Brogamats started getting mainstream media coverage and attention. If you’re a dude doing yoga for fitness purposes, and you see one of your fellow students toting a burrito bag – No, it’s not a sign from the universe that you should have a burrito right after class.

The burrito yoga bag has the same features as with their other designs: made from 100% cotton and comes with inner pockets to keep your valuables safe while you do the bend.

While the products are initially geared toward the male market, Abramson was surprised to receive orders from both male and female yoga enthusiasts. It seems that his designs sell well for the female yogis too!

The company still currently sells a Quiver of Arrows-designed yoga mat, but the rest they have on offer are these “manly” yoga bags. You can find more details about their products here.