Being Cool With The Yogi Next To You 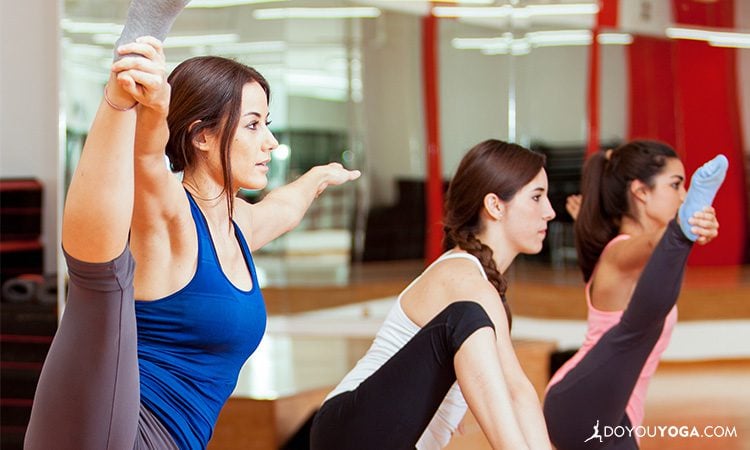 Initially, I thought to write about music in yoga—as in, should music be played during yoga class? Then, as I began to follow the rabbit hole of thought, through purist/traditional perspectives, modern interpretations, and where it all fits, a more interesting question took form.

Why do we practice yoga? And…more specifically, can (and should) each person’s WHY be unique to the individual?

As I write these words I’m reminded of a conversation I once had with a friend. This friend practiced yoga her entire life. Both of her parents practiced, she engaged in daily meditation, her home housed an impressive shrine including a depiction of her guru…and she had a hard time hearing people throw around the term “yogi.”

As if, any Starbucks-drinking, Manduka mat-wielding, 3-times-a-week gym practitioner earned the right to wear “yogi” on their sleeve. It was blasphemous to her that a yogi could be considered anything but a fully realized being, the result of a lifelong practice of regimented devotion.

I found her opinion on “yogis” to be comically paradoxical, but more on this in a moment.

We all take positions such as my friend’s, be it in yoga, politics, religion—essentially all human experience—and this is the essence of dualism; one thing is right while the other is wrong. This is “our thing,” a set of beliefs composed of norms, opinions, and taboos that becomes our own personal life guidebook (often also referred to as moral code, or code of ethics, etc.).

Nothing gets us in more trouble than projecting and defending this guidebook to/onto others.

In fact, we identify so strongly with this personal guidebook that for most people, there isn’t a conception of reality that exists outside of it. The guidebook literally becomes WHO WE ARE. Or rather…the guidebook gets mistaken for who we are. We organize ourselves into tribes based upon the guidebook—political and social tribes, tribes of hobbies and interest, tribes that reinforce our standing on matters.

Don’t believe me that our identification with the guidebook becomes our self-defining mechanism? Consider a simple experiment and go vote for a member of an opposing political party in the next election. See. Impossible, right? And that’s an easy one.

There is no mental capacity for understanding the previous paragraph, it is in fact, outside the realm of the mind, impossible to comprehend, and herein lies the interesting paradox of yoga, and the reason for my amusement at my friends’ offense over the casual use of the moniker “yogi.”

The World Of “Is”

Yoga as a spiritual practice is a process of transcending dualism, of realizing oneself beyond the world of OTHER. This is the world where statements like WE ARE ONE come from. This is the world 99.999999% of humans aren’t aware of, other than conceptually speaking (myself included of course).

In the world of IS, everything is in its right place.

This is bold territory to walk within. A world where things just ARE, is a world that can either feel like one without any specific meaning, or one in which meaning is inherent in everything—though the meaning will always exist beyond human consciousness.

Perhaps where I’m going with all of this is to simply say—it doesn't matter. It doesn’t matter why the person next to you came to class today. Your guidebook is yours, and theirs is theirs.

Avoid attachment to the guidebook. It’s life. Enjoy the hell out of it.