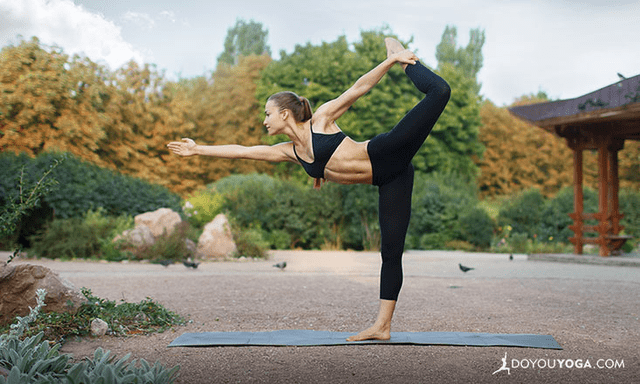 So here we are. Retreat season in Europe has begun.

I spent all winter toiling and worrying about how to get bums on seats and promote my retreats. Now the moment has come; they’re sold out and I’m ready to teach.

You think you’ve thought of everything.

In the words of Baz Luhrmann, "Don’t worry about the future, or worry, but know that worrying is as effective as trying to solve an algebra equation by chewing bubblegum. The real troubles in your life will be those things that never crossed your worried mind; the kind of thing that will blindside you at 4pm on some idle Tuesday."

I thought I’d thought of everything. I was wrong.

For the first retreat, I set off to teach in Italy and arrived at the airport without a hitch. Once there, however, everything unraveled faster than you can say "hatha-yoga-padiprika."

Storm-related travel disruption resulted in departure times being miscommunicated, and as my plane took off for beautiful Italy, I was standing on the runway. At the airline desk, I found that no further flights were available for two days. Trying to squash the rising panic threatening to burst from my chest, I ran around looking for other airlines flying to Italy. Arriving two days later would mean the retreat would already be underway without a teacher. This was simply not an option.

At the KLM ticket desk, I was informed I could buy a one-way ticket to Milan for €600 which was more than I was set to make on the whole retreat. I called my boyfriend crestfallen and trembling. A battle with the overwhelmed airport WiFi and a few Google searches later, my panic was somewhat assuaged, but all I could think of was getting to Italy!

As far as travel fails go, this is up there with the time I almost missed by flight home when my Dharmsala to Delhi connection was cancelled due the Dalai Lama's sneeze grounding all outbound air traffic. In this instance, a quick scramble ensued, and I ended up in a taxi with a Tibetan diplomate and some smooth talking CEO.

Unfortunately on this day, a cab from Amsterdam to Umbria wasn’t an option.

Eventually I booked a ticket to Rome via Milan and then took a train to my final destination. I arrived exhausted yet relieved at two in the morning. My luggage, however, had been delayed along the way. The show would still go on, even if I did have to teach the first class in jeans.

When it rains, it pours.

You'd think that would be enough drama for one season, but as my second full retreat week dawned, I woke up with swollen glands. Fast forward a few hours and instead of greeting my guests, I found myself in an ambulance in a foreign land, being taken to hospital for tests and an antibiotic drip. Teaching cover had to be swiftly arranged, and I spent the week in bed while my face inflated to twice its regular size. I’d come down with the mumps.

There is no way I could have anticipated these events, but they have given me priceless insight on how traveling yoga teachers should always have a contingency plan (and a canoe) handy! Here are a few uncommon yet necessary considerations to make before you take to the trail.

1. Have alternative travel arrangements. It may sound a bit OCD, but have an idea of alternative airlines and an alternative route to your retreat destination should there be major cancellations and delays.

2. Give yourself a buffer. Always aim to arrive at least 1 to 2 days before your retreat. This provides a buffer should something go wrong. It will also allow you to settle into the space and go over any details with your venue hosts before your guests arrive.

3. Travel with cabin baggage. Regardless of what you have in your main luggage, take one of those small cabin hold cases onto the flights. Keep it close, and make sure to include a set of yoga garb, underwear, any cosmetics you might want, and any teaching notes or books that you use as reference. This way, if you and your baggage should get separated, you won’t be limited or lost.

4. Call back up. If you’re operating solo, have an understudy waiting in the wings. This is especially important if you’re hiring a venue opposed to teaching in an established retreat centre where teachers are two to the penny. Should the unthinkable happen, it may pay to have an idea of one or two people you could call in a real emergency to come and cover you.

5. Get the right coverage. Do ensure you have the right medical and travel insurance so that you can have access to healthcare should you need it.

6. Know the magic numbers. Make sure you have local emergency numbers in your phone and know the procedure to follow should you or your guests get sick. Usually there will be a manager available that has this knowledge, but in case they’re busy or not around during a moment crisis you will need to take control.

For the same reason, ensure you have all mobile numbers and next of kin for your guests. This is equally helpful if travel plans change or there are issues with departures and arrival. No one likes to feel stranded without a life line.

As a yogi, your practice will have taught you that almost everything is possible and that what you expect is rarely what you get. As a traveling yoga teacher, make sure you’re fully braced and briefed for the fact that anything could happen.