8 Foods That Are Great For The Body Parts They Resemble 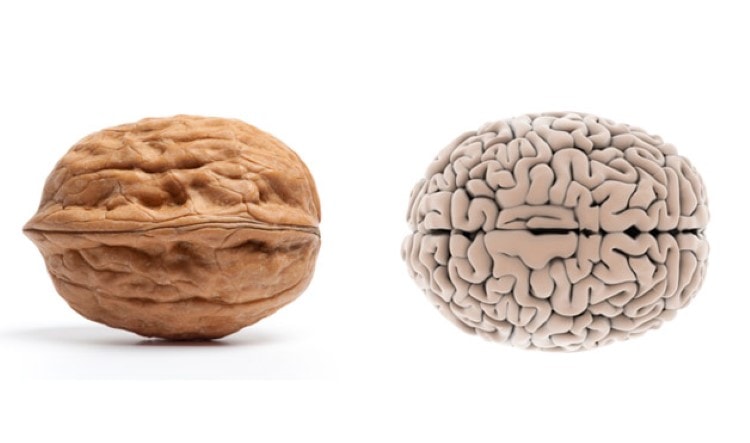 It’s common knowledge that consuming a diet rich in foods coming from the earth is nutritious, healthy and tasty. But did you know that some of these staples have an uncanny resemblance to components of our anatomy and they are actually quite beneficial to the areas they look like?

Here is a listing of 8 foods that Mother Nature has bestowed upon us; each one seems to be custom designed to nourish, aid and support the body part they duplicate:

With a shape mimicking the uterus, the avocado contains many nutrients which are beneficial for reproductive health. Women who consume one avocado per week are found to shed unwanted birth weight, have balanced hormones and protect themselves against cervical cancer. Folate, found in avocados, has been shown to reduce the risk of cervical dysplasia—a precancerous condition. Coincidentally, just as it takes 9 months to grow a baby, it also takes exactly 9 months for an avocado to grow from a blossom to a ripe fruit.

If you cut a carrot in half crosswise, you will see a pattern of radiating lines that look like the pupil and iris of a human eye. As a child, were you ever told to eat carrots because they would give you healthy eyes? It turns out that there is a lot of truth to this! Carrots are loaded with vitamins and beta-carotene which protect vision and decrease the possibility of developing macular degeneration, cataracts and night blindness.

Looking at celery, it’s easy to picture the long, lean stalks as if they are bones. Silicon, which is contained in celery, is part of the molecular structure that gives bones their strength. Also, both celery and bones are 23 percent sodium. If the diet doesn’t supply enough sodium, the body pulls it from the bones, weakening them. Eating celery replenishes the skeletal needs of the body.

Have you ever sipped ginger ale when your stomach was upset and found relief? Ginger, which somewhat resembles the stomach, contains gingerol—the ingredient responsible for ginger’s pungent taste and scent and is part of the USDA’s database of phytochemicals as having the ability to prevent nausea and vomiting

When sliced in half, the fruit look like the female mammary glands. Interestingly, it also assists the health of the breasts and the movement of lymph in and out of the breasts. Limonoids, found in this citrus fruit, have been shown to inhibit the development of cancer cells in lab animals and humans.

Okay, this technically doesn’t originate in nature, but the grapes used in the wine do! Red wine’s deep, rich color looks like blood. Abundant in resveratrol and antioxidants, this libation is good for the heart and also contains a blood-thinning compound that reduces blood clots.

Cut in half, this red fruit contains four chambers that look like the structure of the heart. Rich in lycopene, tomatoes reduce the risk of heart disease in those who eat them.

The walnut looks like a little brain. In addition to having right and left hemispheres, the walnut’s folds and wrinkles are similar to the brain’s neo-cortex. Referred to as “brain food,” walnuts are rich in omega 3 fatty acids which help support brain function.

When it comes to healthy eating, Mother Nature really does know best!