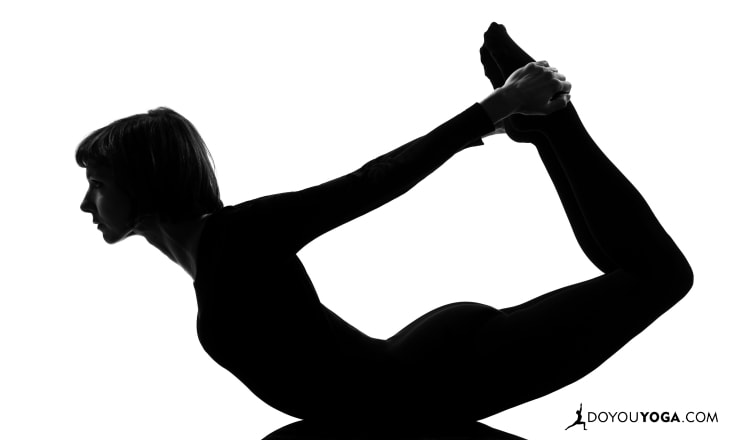 It’s hard to make general statements about alignment in yoga practice because each person’s body is different. The degree of awareness of the body’s response to poses also varies between practitioners, and so do their frequency of practice, and how often they perform certain poses.

Also, there are many different schools of yoga—each suggesting different alignment for the postures. However, there are still some general things to keep in mind and try to avoid as you practice.

1. Allowing the Knee to Protrude beyond the Heel in Lunges

When lunging in poses like Low Lunge/Runner’s Lunge, watch the knee as it moves beyond the heel. Also watch for a loss of foundation with the heel of the bent knee lifting off the mat. When the knee protrudes past the ankle, it can strain the joint—both in the front and sides of the joint.

2. Sitting in the Lower Back in Lunges

When the hip flexors are tight, it can result in a position known as “swayback” in poses like Warrior I or Low Lunge.

When the arms reach to the sky and the student attempts to lift the chest and lengthen through the spine, tight hip flexors (Psoas muscle) will prevent that upward chest lift without bending the spine into a swayback position. The counter movement is to relax the upper ribs and slightly draw the belly into the spine to lengthen the front and back of the body.

Depending on the level of flexibility, you may be able to hyperextend your joints, or take them “beyond straight.” This typically happens in the knees and elbows.

While it might give you a feeling of stability, the joint is actually locked in place and the tendons and ligaments around the joint are strained. Slightly soften the straight position so you can stay grounded through muscular action.

4. Allowing the Knees to Widen beyond Hip Width in Backbends on the Belly (Like Bow Pose)

When you’re on your belly and preparing for a pose (like Bow) by bending the knees and grabbing the feet, tight hip flexors will make your knees extend beyond hip width. This is the body’s way of compensating for the tightness in the front of the hips as you bend your knees and essentially “lock” your body into the pose.

There’s no way out for the tight hip muscles, so your knees will start to stick out to the sides. To avoid this, press your pubic bone down into the center of the mat, while extending the knees straight back.

If this is still hard, you might be better off releasing the feet and taking Locust Pose (straight legs) on the belly instead. As you lift and widen the knees, it increases the pressure on the lower back and the joints between the vertebrae there, including the Sacroiliac Joint.

5. Dipping the Shoulders Significantly below the Elbows When Moving from High to Low Pushup

Due to the flexibility of the shoulder, and the ease with which the ball of the humerus rolls in the scapula’s socket, moving from High to Low Pushup can make the head of the humerus push into the muscles and tendons surrounding the joint. Avoid letting your shoulders dip lower than elbow level.

Moving into Low Pushup, keeping the shoulders at elbow level or even a little above it, will decrease that force on the joints and its surrounding structures as you then move into Upward Dog.

6. Pushing the Shin Forward toward the Front Edge of the Mat in Pigeon Pose

This is a tricky one, because this movement may be possible depending on the practitioner’s flexibility. However, for most people, the muscles that externally rotate their hip are so tight, the only way to move the shin forward is to try to get maximum movement from the knee.

While the knee can move in this direction, it’s much more capable in moving “front to back” (flexion/extension). So, to that end, when taking this movement, use caution so as to not strain the medial (interior) aspect of the knee.

7. Doing Forward Folds with a Rounded Back (in Poses Like Rag Doll or Seated Forward Fold)

8. Turning the Feet out in Backbends on the Back

Just as in backbends on the belly, backbends on the back such as Upward Bow are done with greater ease and safety if the knees stay hip width apart—and, in the case of Upward Bow, directed forward. This is hard though, because the Gluteus Maximus muscle responsible for extending the hip in this pose has an additional ability to externally rotate the hips (turn the feet out).

For this reason, rooting through the big toes and/or using a block between the thighs can help train the muscles on the inner thighs (Adductors) to counteract the external rotation and lower back pressure that occurs.

As always, staying connected to the breath, practicing with a healthy sense of awareness and not a sense of competition, will allow for the safest expression of each pose. Practice safe and smart, yogis.