7 Inspiring (And Surprising) Lessons I Learned From My Yoga Students 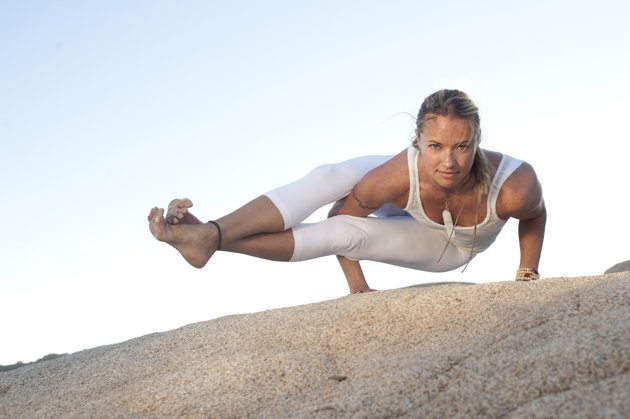 I’ve learned a lot from my students since I started teaching yoga. I learned that even though I play the role of ‘teacher’ in class, and they are my ‘students’, the classroom is very much a two-way Yoga Boulevard.

While I teach the mechanics of asana, and sprinkle in a wee bit of yogic philosophy, my students teach me about Life. And in between cuing, adjusting, and figuring out what comes next in a sequence, I learn from my amazing students how to be a better person. In that spirit, here are seven inspiring (and surprising!) lessons we should all consider, both on and off the mat:

A respected manager at a large medical facility loves that she can topple out of tree pose, flip over in side plank, and surrender into child’s pose when she’s fatigued without her boss calling her out on it. Instead of being reprimanded, she gains strength and self-knowledge with each ‘failure’. In the yoga classroom, she knows she’s surrounded by nothing but love and support, and can fail to her heart’s delight.

2. You Don’t Need To Know Everything

“Um, I have no idea what’s going on with your big toe…” That’s the best answer I could provide. As I waited for my older and wiser student to judge my lack of knowledge why her big toe went into Savasana during a standing posture, she hugged me and said, “It’s OK my dear. Just teach what you know. That is enough.” Indeed. That is enough.

It’s Friday night. You lost a major client. Your buddy got a promotion and drinks are on him. My student, thankfully, chose Sun Salutations over Sangrias. He committed to detoxifying instead of consuming as a way out of the workday’s misery.

4. Yoga Turns You Into A Kid

…for a few moments, anyway. As I sat in Virasana (hero’s pose), a newer student in the front row settled into the pose and yelped with glee. “I used to sit like this as a kid! It’s been years!” BOOM—Twenty years younger for this sweet lady, even if just for a moment.

5. One Yogi’s Epiphany Is Another Yogi’s Head Scratcher

Sometimes an attempt at imparting wisdom can leave a student twisted with no place to turn. In one class, I prattled on about having an ‘entire lifetime’ to practice. My intent was to remind students there is no finish line to achieving a pose, and that they have ‘a lifetime’ to keep at it.

Unfortunately, my Yoda moment fell flat with a particular yogi whose time spent outside the classroom is in Hospice comforting those who clearly do not have a lifetime ahead of them. You see where I’m going with this? But mercifully, lessons #1 means I’m not headed into exile from Yogaland anytime soon. It’s OK to fail.

6. Their Practice May Rock, But They Still Need You

I am blessed, and humbled, to guide a handful of yogis with cover-worthy poses through practice on any given day. Instead of adjusting them, I often want to snap a photo and send it in to Yoga Journal. But one of my rock star yogis recently begged me to dig in and help her go deeper. She had 100% faith in my ability to move her to a deeper, more inspiring place in a safe manner.

7. A Soft, Loving Voice Is More Motivating Than A Holler

A young football athlete came to class with his mom, fearing he’d encounter the same kind of swearing and hollering he endured in daily practices. Imagine his blissful surprise when encouraged to take Child’s pose! Now if we could just get that coach into class, whose crimson face would come from sweet, sweaty flow instead of pent up rage toward his players.

What are some of the things you’ve learned from your students? Share them with us below!