5 TV Characters Who Are Yogis at Heart 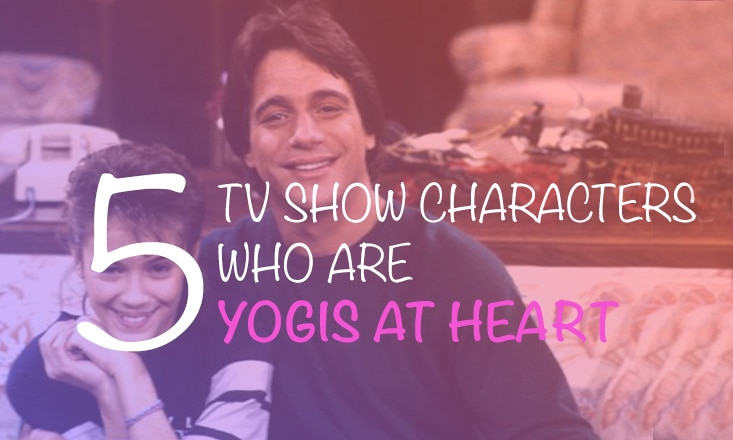 Despite the challenge of losing her mother to suicide at a young age and then surviving homelessness, Phoebe Buffay could always see the silver lining to any dark cloud. “Oh no, don't hate,” Phoebe once told Monica. “You don’t want to put that out into the universe.” In the Friends pilot episode, “The First One,” Phoebe tried to help Ross, the eternal pessimist, cleanse his aura. Her long, blonde hair, often styled into braids, and her flowing, colorful wardrobe are two more reasons we know that Phoebe was a yogi at heart.

The perfect foil to her uptight, conservative brother, Alex Keaton, Mallory Keaton might not have been a brainiac, but her emotional intelligence, easy smile and kind heart more than made up for it. When asked about the meaning of life, Mallory espoused a succinct, yogic philosophy: “Be happy, try not to hurt other people, and hope that you fall in love.”

Karen Arnold was the quintessential rebellious 60s hippie. Not only did she once declare that, “Picnics are for fascists,” but the vast majority of her clothes featured embroidery. Wire-rim glasses, groovy headbands and tie-dye rounded out the rest of her wardrobe. Karen is a great example of ahimsa (one of the philosophical strands of yoga based on nonviolence) in her anti-war sentiments. She also once stated, over a typically strained family dinner, "How many innocent beasts were slaughtered so that we could have this meal?"

Tony Micelli was all heart, willing to buck gender norms by becoming a housekeeper in order to make a better life for his young daughter, Samantha. Always a calming and centering force for the intensity of his boss, Angela Bower, it’s not hard to imagine Tony having a robust home yoga practice, though he’d have to take care to modify for his right shoulder that was injured when he played professional baseball.

In the midst of the chaos and violence of his work as an NYPD psychiatrist, Dr. Huang is the soft-spoken, brilliant and wise voice who can bring clarity to even the most complicated cases. His ability to stay calm in the face of turmoil can only be due to one thing: Huang must have a daily yoga and meditation practice.

Who are your favorite TV characters who are also yogis at heart?