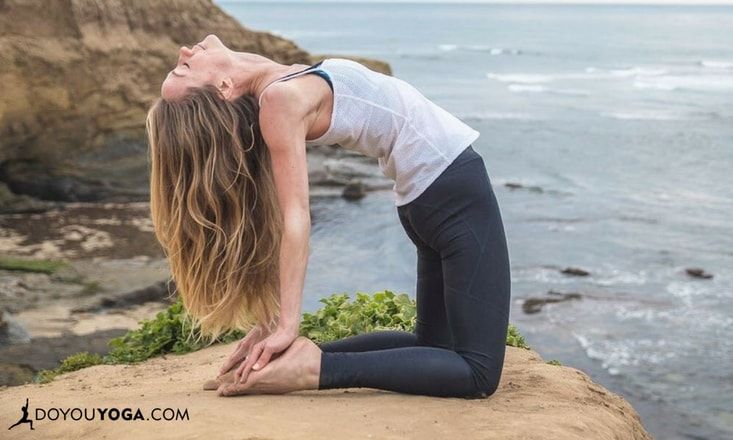 Maybe you think of a skinny white lady standing on her head with her legs twisted, wrapped, and bent up. Maybe she has mala beads around her neck. Maybe after class, she hits the local juice bar or grabs a cup of ethically sourced, shade-grown coffee.

These images are popping into our heads based on stereotypes. These stereotypes exist for a reason, and you will likely encounter one of these white ladies or dread friends in any given yoga moment. However, there are a lot of misconceptions around who yogis are. Here are five common misconceptions about yogis.

It’s a common misconception that yoga is a religion. Although several religions practice yoga, including Buddhism, Hinduism, and Jainism, yoga and religion are mutually exclusive. Yoga practice is not a religion, especially in the Western hemisphere. Going to a typical yoga class, you will not be asked to worship something, believe in a god, or say prayers.

Some yoga classes will incorporate chanting in Sanskrit or setting an intention for class. These practices may seem like a devotion, and in many ways they are similar, however they are not practiced as a part of a religion.

Patanjali’s Yoga Sutras inform many yogis’ practices on and off the mat. From the sutras come several guiding principles and codes of ethics. One of them is “ahimsa” – the practice of nonviolence. When taken off the mat and considering “ahimsa” as it relates to diet, some yogis practice nonviolence towards animals by adopting a vegan or vegetarian lifestyle.

For this reason, you may find many vegan or vegetarian yogis, but similar to the point above about religion, the two are mutually exclusive. While ahimsa is a guiding principle of many yoga practices, each practitioner can interpret it in their own way. Going to a yoga class will not force ideals upon anyone.

One of the most common things I hear from friends who don’t want to try out a yoga class is “I’m not flexible enough.” While yoga practice will definitely work on flexibility, it’s not a requirement because flexibility is only one component of practicing yoga asanas. Asanas also develop balance and strength. Many yoga classes will specifically work on strength, such as a Power Yoga class or a Core Flow.

If you are worried about going to a yoga class because everyone will be super flexible, know that in any given yoga class, a pose that requires a lot of flexibility will have several preparatory poses or stages that lead up to that super flexible “peak” pose. You will also be given suggestions for modifications to make the posture accessible to your body.

Yoga culture and social media has built up an intense following of yogis who practice #yogaeverydamnday. Like anyone who loves or has a passion for something, sure, they will practice a lot. Yes, maybe every day.

But despite what you might see on social media, yogis aren’t perfect. Even those who make a commitment to practice everyday make mistakes or fall off track. Being a yogi does not mean being perfect. Anyone who shows up on their mat, any time, once or every day, is a yogi.

On a similar note, social media and trendy athletic clothing companies have pressed images into our minds of a what a yogi should wear and look like—colorful, patterned, tight yoga pants, streamlined tops, fashionable to-and-fro outerwear. You’ll likely see lots of these types of people running around trendy boutique yoga studios. But yoga is not at all about what you wear.

So then…what makes one a yogi?

Turn your eye to the yoga happening in the parks, in retirement homes, in under-served populations. Yoga happens all around us in many different ways. Yoga happens in people of every shape and color—no matter what is seen on the outside.