3 Unexpected Ways Meditation Can Give You Better Hair & Skin 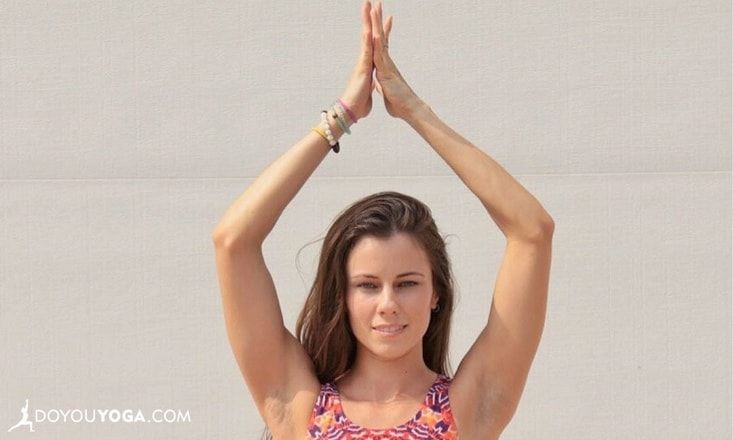 I was shocked when my meditation teacher revealed her age. It was in a classroom full of dozens of people and out of her mouth came a number that was 15 years older than where I had placed her.

There is no doubt that part of my misperception was due to her vibrant energy, but I have to admit, another part was purely due to her appearance. Her skin literally radiated. Aside from the crow’s feet around her eyes – indicative of the amount of time she spent smiling – the wrinkles you would have found on the faces of other women her age were absent. Her hair was dark, thick and shiny. She was over 60 years old.

1. Your Skin and Hair Respond to Your Levels of Stress.

Anyone who has lived through puberty knows that when your hormones are out of balance, your skin will showcase this with vivid displays of acne, hives, dry flakes, and/or excessive irritation. Likewise, those who have lived through (or watched a loved one live through) pregnancy knows that drastic hormonal changes can also cause significant hair loss.

Meditation studies show a significant positive impact on our endocrine systems. Specifically, the practice is effective for lowering levels of the stress-response hormone cortisol (in one study, after spending just four days practicing mindfulness meditation, the average participant’s level of cortisol had dropped by 20%).

Additionally, “long-term” practice (defined in one particular study as 12 minutes a day for 8 weeks) reverses stress-related aging patterns by reducing triggers to the inflammatory genes associated with age-related wrinkle production.

2. Meditation Increases Circulation to Your Head.

The better the blood flow in our heads, necks and faces, the better our skin and hair will appear. Improved circulation will carry higher levels of oxygen through our bloodstream to nourish our skin and hair cells. When circulation is strong, it is more capable of flushing cellular debris and ridding wastes from our bodies.

One study showed that practicing meditation for 30 minutes a day for 5 days significantly increased cerebral blood flow in the left frontal lobes of participants. As an added bonus, increased activity (via increased blood flow) in this area also correlated with improved attention span, better ability to self-regulate emotions, and increased instances of positive moods.

3. When Your Breathing Improves, More Toxins Are Released in Your Breath than Through Sweating.

Our bodies rid themselves of toxins in four ways: breathing, sweating, urination and defecation. I never realized, until I started practicing yogic breathwork (pranayama), just how central breathing was to this quartet. According to Gay Hendricks PhD, “The human body is designed to discharge 70% of its toxins through breathing.”

Meditation improves our awareness of our own breath and slows down the rate at which we breathe, leading to deeper breaths. In fact, experienced meditators have been shown to have slower respiration rates outside of their meditation practice as well as during their practice. This slower breath rate leads to increased discharge of wastes through the respiratory cycle.

You could argue that committing to a meditation practice for the sake of appearances misses the mark, and on the surface, it does. There are so many other reasons to explore meditation – spiritual growth, cultivating compassion for others, and refining your mental focus to name a few.

But appearances play a role in revealing that there is something undeniably powerful about the practice of meditation. If having better skin and hair health is what motivates you to practice meditation, good on ya! You are stepping into a practice that will transform you on the outside, as well as the inside.